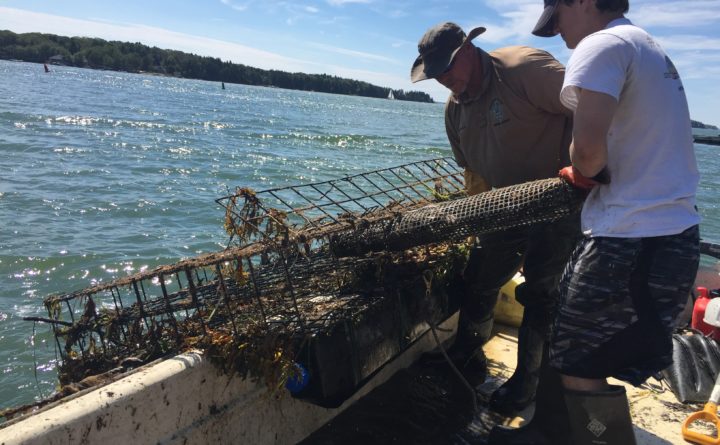 A three-year, four-acre experimental aquaculture lease to raise Atlantic salmon in Cutler Harbor was recently filed with the Department of Marine Resources.

The application requests a lease on four acres on the south side of the harbor, east of Western Head and west of Little River Island. The proposal calls for DMR to install up to four 70-meter (about 230 feet) diameter circular net pens to be stocked with Atlantic salmon smolt (juvenile fish) either grown at the federal Green Lake National Fish Hatchery in Ellsworth or harvested in the wild from Downeast rivers. After the fish reach adult size, they would be reduced into the wild. According to the application, the purpose of the project is to study whether raising salmon from smolt to adult in marine net pens and releasing the fish as adults into high-quality habitats — smolt to adult supplementation (SAS) — can increase production and fitness of endangered populations of Atlantic salmon in the Gulf of Maine.

According to the application, “The true assessment of this study will be measured after the adult fish are removed from the net pens by the extent of successful adults that spawn in select rivers in Maine.”