Northeast
Lobster fishing uses a lot of rope, and whales can die after becoming entangled in it. (MyLoupe | Universal Images Group via Getty Images) 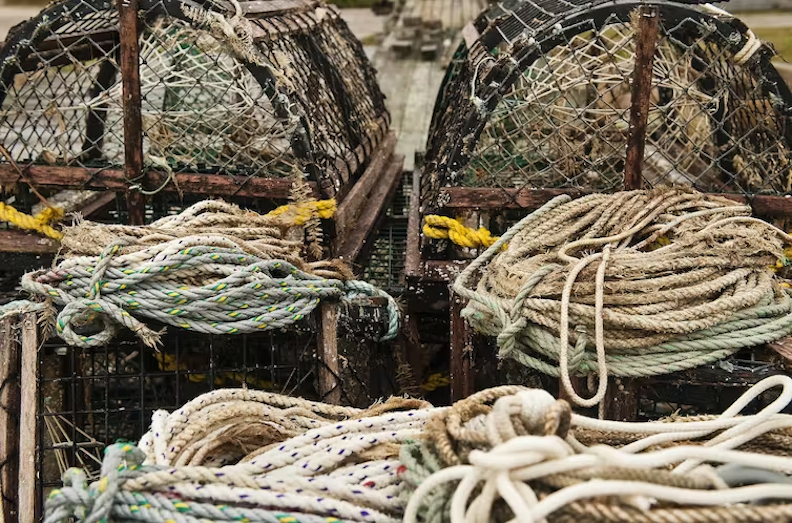 ME - COMMENTARY Lobsters versus right whales: The latest chapter in a long quest to make fishing more sustainable

The rules would have required lobstermen to create new seasonal nonfishing zones and further reduce their use of vertical ropes to retrieve lobster traps from the seafloor. Entanglement in fishing gear and collisions with many types of ships are the leading causes of right whale deaths.

Maine’s congressional delegation amended a federal spending bill to delay the new regulations until 2028 and called for more research on whale entanglements and ropeless fishing gear. Conservationists argue that the delay could drive North Atlantic right whales, which number about 340 today, to extinction.

This is the latest chapter in an ongoing and sometimes fraught debate over fishing gear and bycatch – unintentionally caught species that fishermen don’t want and can’t sell. My research as a maritime historian, focusing on disputes tied to industrial fishing, shows the profound impacts that particular fishing gear can have on marine species.

Disputes over fishing gear and bycatch have involved consumers, commercial fishermen, recreational anglers, and environmentalists. With conservation pitted against economic livelihoods, emotions often run high. And these controversies aren’t resolved quickly, which bodes poorly for species on the brink.

Bycatch is difficult to measure. Estimates vary widely, but scientists have calculated that 10 percent to 40 percent of total yearly catches worldwide are species that weren’t targeted, including fish, whales, dolphins, turtles, and seabirds.

According to the United Nations, global fishery harvests totaled 178 million tons in 2020. Even by the most conservative estimates, then, some 20 million tons are likely wasted annually. Advocacy focuses on high-profile species like sea turtles, dolphins, and sharks, but the problem is much more pervasive. Recent studies of U.S. Atlantic fisheries indicate that flounder, herring, and halibut are among the species most frequently landed as bycatch.

At the same time, global demand for fish is rising. From 1961 to 2019, world fish consumption grew by an average of 3 percent annually, and yearly per capita consumption increased from 22 pounds (10 kilograms) to 46 pounds (21 kilograms). Today, fish consumption is split evenly between aquaculture, or farmed fish, and wild-capture fisheries, where bycatch  wild-catch fishing takes place far from shore, so bycatch occurs out of the public spotlight. Sometimes, though, threats to charismatic species make news.

Perhaps the most prominent example is U.S. consumers’ campaign against the tuna fishing industry for killing dolphins. In the 1950s, tuna fishermen adopted the purse seine – a long, rectangular net that hangs vertically in the water. Boats encircled schools of fish with these nets, then cinched them at the top and bottom. Some nets extended hundreds of feet deep and more than a mile from end to end.

Purse seines often swept up dolphins that swam alongside tuna. Using a method called “setting on dolphins,” tuna fishermen would search for pods of dolphin feeding at the surface, which generally indicated that tuna were beneath them feeding as well. By the 1960s, it was estimated that nearly a quarter of a million dolphins were dying every yearwhen they became trapped in nets and suffered traumatic injuries or suffocated.