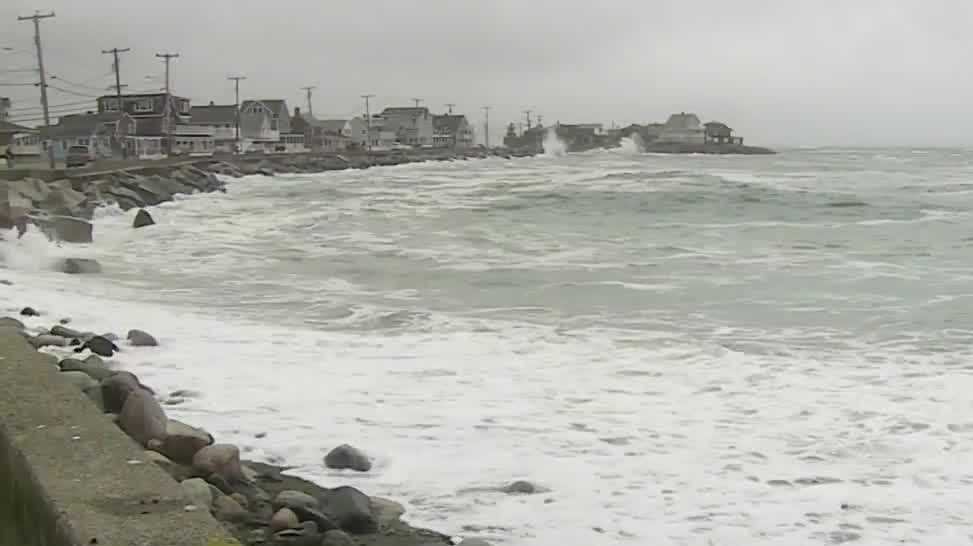 The Gulf of Maine stretches from Massachusetts to Nova Scotia. It is a leading indicator of global warming.

The Gulf of Maine stretches from Massachusetts to Nova Scotia. It is a leading indicator of global warming.

Last year was the gulf's hottest year ever recorded.

Dave Reidmiller oversees the climate center at the Gulf of Maine Research Institute in Portland.

"This is among the fastest-warming bodies of water in the world,” Reidmiller said.

The gulf's average sea surface temperature in 2021 was 54.1 degrees, half a degree higher than the previous hottest year in 2012. It is four degrees above the long-term average between 1982 and 2011.

"In about the 40 years or so that we've had satellite data, it's the warmest that we've seen,” Reidmiller said.

"We are going to see continued sea-level rise, but how much sea-level rise we will see is going to depend on how much we as humanity decide to curb our greenhouse gas emissions,” Reidmiller said.

The National Oceanic and Atmospheric Administration maintains six tidal gauges along the Atlantic coast from Eastport, Maine, to Portsmouth, New Hampshire. The gauge in wells shows the most dramatic rise since 2005, twice as fast as in Portland, more than four millimeters a year, a pace equal to almost a foot-and-a-half over 100 years.