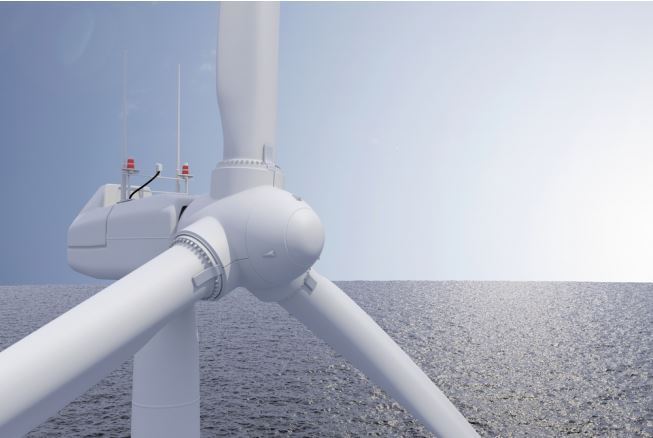 BOSTON (SHNS) – Federal environmental officials have completed their review of the Vineyard Wind I offshore wind farm, moving the project that is expected to deliver clean renewable energy to Massachusetts by the end of 2023 closer to becoming a reality.

The U.S. Department of the Interior said Monday morning that its Bureau of Ocean Energy Management completed the analysis it resumed about a month ago, published the project’s final environmental impact statement, and said it will officially publish notice of the impact statement in the Federal Register later this week.

“More than three years of federal review and public comment is nearing its conclusion and 2021 is poised to be a momentous year for our project and the broader offshore wind industry,” Vineyard Wind CEO Lars Pedersen said. “Offshore wind is a historic opportunity to build a new industry that will lead to the creation of thousands of jobs, reduce electricity rates for consumers and contribute significantly to limiting the impacts of climate change. We look forward to reaching the final step in the federal permitting process and being able to launch an industry that has such tremendous potential for economic development in communities up and down the Eastern seaboard.”

The 800-megawatt wind farm planned for 15 miles south of Martha’s Vineyard was the first offshore wind project selected by Massachusetts utility companies with input from the Baker administration to fulfill part of a 2016 clean energy law. It is projected to generate cleaner electricity for more than 400,000 homes and businesses in Massachusetts, produce at least 3,600 jobs, reduce costs for Massachusetts ratepayers by an estimated $1.4 billion, and eliminate 1.68 million metric tons of carbon dioxide emissions annually.