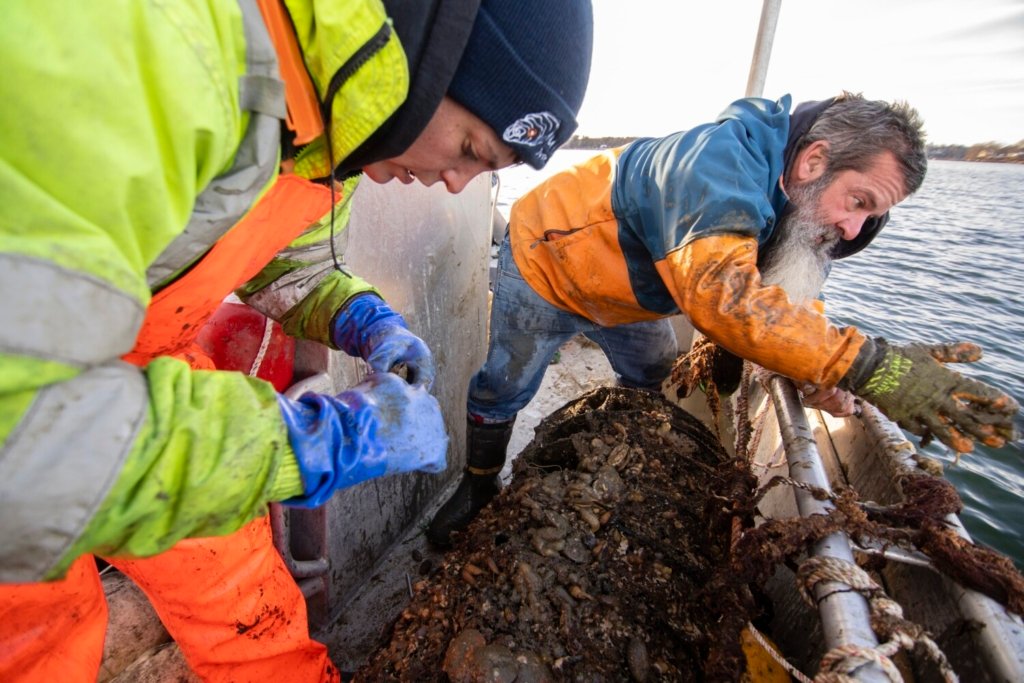 Automation technology and farming techniques borrowed from more mature scallop fisheries as far away as Japan are giving some seafood harvesters a glimpse of a potentially profitable future.

As rapidly warming oceans continue to drive Maine lobster into more remote waters, some in the state’s fishing industry regard sea scallop farming as the prime candidate to help bring added stability to the industry and offset anticipated revenue losses.

But to fully capitalize on the species, renowned for its delicate texture and taste, the industry must solve a handful of nagging problems. Maine’s scallop fishery has been notoriously unstable over the past few decades, culminating in an outright crash in the mid-2000s from which the commercial fishery still hasn’t fully recovered.

Aside from concerns about overfishing, which Maine regulators have addressed through rotating fishery closures, harvesters also must contend with testing for biotoxins found naturally in scallops, which can add substantially to their cost.

But automation technology and farming techniques borrowed from more mature scallop fisheries as far away as Japan are giving some Maine seafood harvesters cause for optimism. They believe the growth potential for sustainable, farm-raised scallops is nearly limitless in Maine, if they can just figure out the right approach and make it affordable.

A few Maine aquaculturists are pioneering this new frontier, but before it can appeal to the masses, the enthusiasts must figure out how to lower the costs for gear, make the technology more accessible and work out the testing requirements.