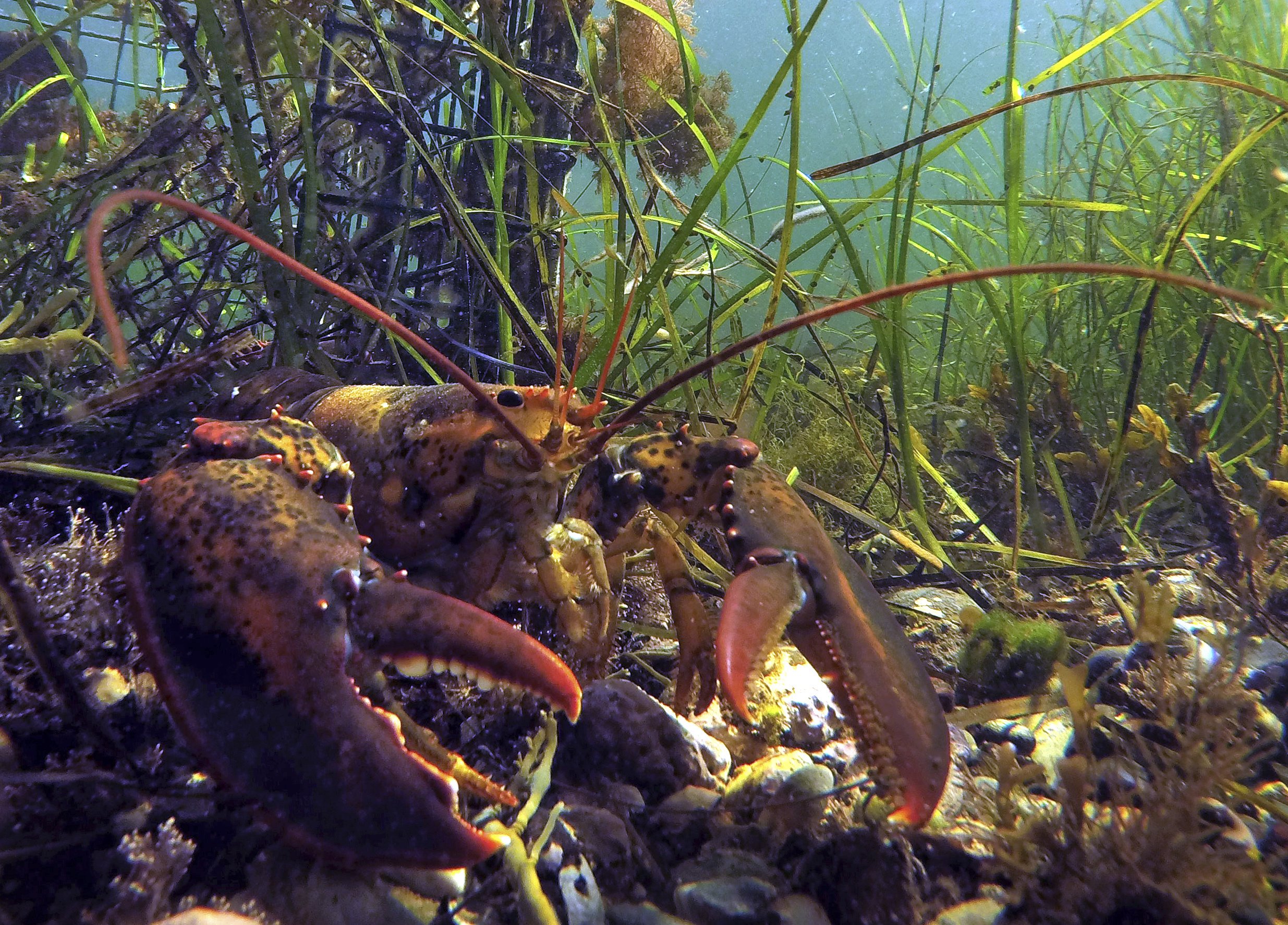 ME - American lobster, sea scallop habitat could shift off the northeast

Researchers have projected significant changes in the habitat of commercially important American lobster and sea scallops on the Northeast U.S. continental shelf. They used a suite of models to estimate how species will react as waters warm. The researchers suggest that American lobster will move further offshore and sea scallops will shift to the north in the coming decades.

Researchers have projected significant changes in the habitat of commercially important American lobster and sea scallops on the Northeast U.S. continental shelf. They used a suite of models to estimate how species will react as waters warm. The researchers suggest that American lobster will move further offshore and sea scallops will shift to the north in the coming decades.

Findings from the study were published recently in Diversity and Distributions. They pose fishery management challenges as the changes can move stocks into and out of fixed management areas. Habitats within current management areas will also experience changes -- some will show species increases, others decreases, and still others no change.

"Changes in stock distribution affect where fish and shellfish can be caught and who has access to them over time," said Vincent Saba, a fishery biologist in the Ecosystems Dynamics and Assessment Branch at the Northeast Fisheries Science Center and a co-author of the study. "American lobster and sea scallop are two of the most economically valuable single-species fisheries in the entire United States. They are also important to the economic and cultural well-being of coastal communities in the Northeast. Any changes to their distribution and abundance will have major impacts," he said.

Saba and study colleagues used a group of species distribution models and a high-resolution global climate model. They projected the possible impact of climate change on suitable habitat for the two species in the Northeast U.S. continental shelf large marine ecosystem. That ecosystem includes waters of the Gulf of Maine, Georges Bank, the Mid-Atlantic Bight, and Southern New England.

The high-resolution global climate model is, known as NOAA's CM2.6. It generated projections of future ocean bottom temperatures and salinity conditions across the ecosystem, and identified where suitable habitat would occur for the two species. The CM2.6 model was developed by the NOAA Geophysical Fluid Dynamics Laboratory in Princeton, New Jersey, where Saba is located.

To reduce bias and uncertainty in the model projections, the team used nearshore and offshore fisheries independent trawl survey data to train the habitat models. Those data were collected on multiple surveys over a wide geographic area from 1984 to 2016. The model combined this information with historical temperature and salinity data. It also incorporated 80 years of projected bottom temperature and salinity changes in response to a high greenhouse gas emissions scenario. That scenario has an annual 1 percent increase in atmospheric carbon dioxide.

American lobster are large, mobile animals that migrate to find optimal biological and physical conditions. Sea scallops are bivalve mollusks that are largely sedentary, especially during their adult phase. Both species are affected by changes in water temperature, salinity, ocean currents, and other oceanographic conditions.

Projected warming over the next 80 years showed deep areas in the Gulf of Maine becoming increasingly suitable lobster habitat. During the spring, western Long Island Sound and the area south of Rhode Island in the Southern New England region showed habitat suitability. That suitability decreased in the fall. Warmer water in these southern areas has led to a significant decline in the lobster fishery in recent decades.

"This study suggests that ocean warming due to climate change will act as a likely stressor to the ecosystem's southern lobster and sea scallop fisheries and continues to drive further contraction of sea scallop and lobster habitats into the northern areas," Saba said. "Our study only looked at ocean temperature and salinity, but other factors such as ocean acidification and changes in predation can also impact these species."

"Ensemble modelling approaches like the one developed in this study can contribute to lobster and scallop assessments by improving the effectiveness of survey efforts and the precision of stock assessment models," Saba added. "It also provides a critical step toward establishing long-term adaptive management plans for these two valuable species."