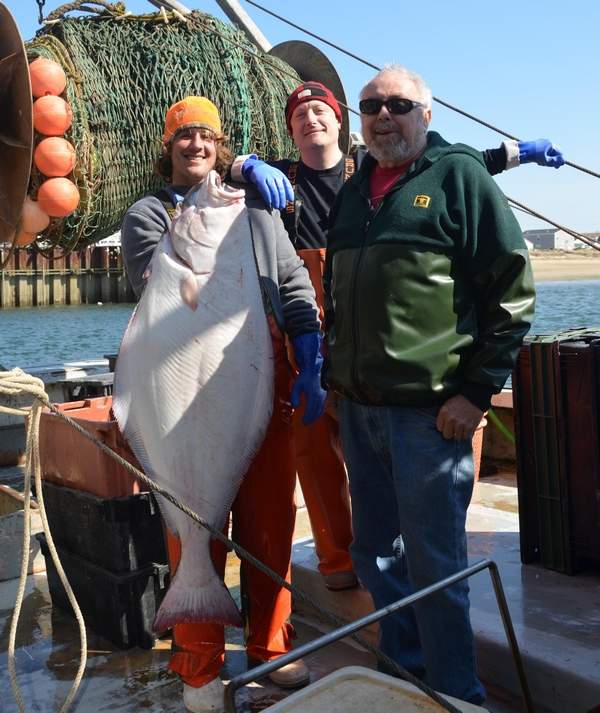 ME - ‘Amazing’ halibut, one of the largest fish in the Gulf of Maine, are making a comeback

Halibut are one of the largest fish in the Gulf of Maine, second only to bluefin tuna, swordfish and large sharks. Historically they were a mainstay of the fishing industry along with cod.

According to Julia Beaty in “A History of the Atlantic Halibut Fishery in Downeast Maine,” halibut were regularly discarded as a trash fish until the late 1800s when New Englanders began icing their catch and selling fresh fish instead of salting them. Schooners began leaving from New England ports to hunt these huge fish with gangs of baited hooks. This caused a massive overfishing and subsequent decline of their numbers by the early 1900s. The numbers declined so drastically in the late 19th century that they are just now rebounding.

The National Marine Fishery Service began regulating the halibut fishery in the 1990s and there is a one fish per trip per boat limit on catch. This has been a boon to their rebound.

This past spring while fishing for haddock my husband, David, caught four huge halibut. They ranged in size from 40 to 60 pounds. In the past, he has caught one or two a year which were large enough to be legal to keep. The current minimum size is 41 inches. My husband caught two halibut near Jeffrey’s ledge in the mid-1990s which weighed 120 to 140 pounds. These were the largest ones he has caught. The record halibut was caught in 1917 and weighed 700 pounds! Normally they range in size from a foot and a half to 6 feet and weigh a few pounds to 150 pounds. I have not found anything written in literature about this, but David has noticed a strange thing about halibut, they seem to swim in pairs. He has found that if he catches one halibut in an area, he can go back to the same spot the next day and almost always catch a second one.

The eyes are bulging and off-kilter slightly. At the same time, their swimming changes and they begin to swim “sideways.” At that point, they begin swimming along the ocean floor. While their eye migrates, their mouth remains the same thus opening sideways giving them the look of a twisted, bug-eyed mutant!

Halibut, as adults, burrow into the sandy ocean floor with only their eyes protruding up. They remain motionless waiting for unsuspecting prey. When another fish, crustacean or other tasty morsel swims by, the halibut move at lightning speed snatching them into their toothed mouth then settle quickly back to their waiting position. In turn, halibut are tasty morsels to seals, Greenland sharks, and spiny dogfish.