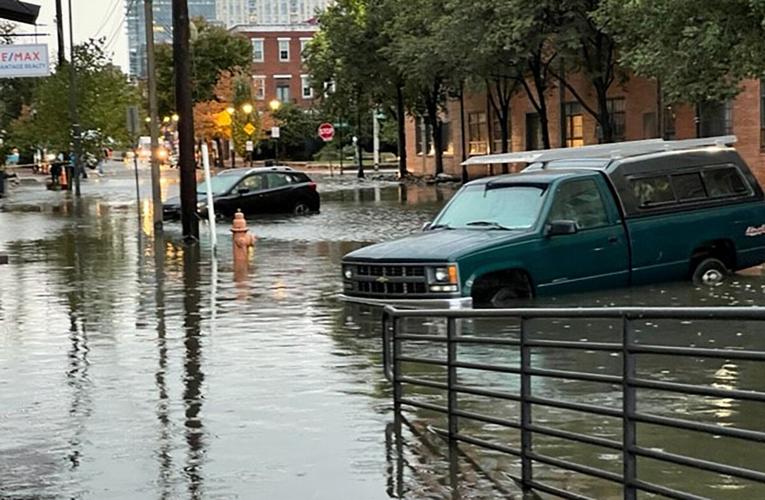 With Baltimore facing increased risks of coastal flooding from storms as sea level rises, federal officials have put forward a $138 million plan aimed at protecting the interstate highway tunnels under the city’s harbor while reducing flood damage to homes and businesses in low-lying waterfront neighborhoods.

The draft plan released earlier this month by the Baltimore District of the U.S. Army Corps of Engineers proposes to build floodwalls around the openings to the Interstate 95 and Interstate 895 tunnels that carry traffic beneath the harbor. Flood barriers would also shield the ventilation buildings that circulate fresh air into the tubes.

For the tourism-centric Inner Harbor and waterfront neighborhoods like Canton, Fells Point, Riverside and Locust Point, the plan doesn’t envision erecting any levees or other structures to hold back the water. Instead, it calls for floodproofing vulnerable buildings to the greatest extent possible, given their age and condition.

The draft plan is the product of a three-year study for which the Maryland Department of Transportation picked up half of the $3 million cost. It’s an outgrowth of an earlier Corps study of East Coast flood risks, which projected that sea level in the harbor could rise from 1.0 to 5.4 feet by 2100, depending on the severity of climate change.

The Baltimore metropolitan area has felt the effects of at least nine hurricanes or tropical storms since the 1950s, the Corps study noted. The most severe hit came from Tropical Storm Isabel in 2003, when storm surge and heavy rains inundated the Inner Harbor and neighborhoods in Baltimore County with up to 8 feet of water. It caused $4.8 million in property damage in the city and up to $252 million in total damages in the county. One person died in the floods, while more than 570 homes and 15 businesses were declared uninhabitable.

Even without storms, portions of the area experience tidal flooding several times a year, particularly the Inner Harbor promenade and the mix of businesses and homes in lower Fells Point. With climate change pushing the sea level higher, the National Oceanic and Atmospheric Administration predicts the city could experience anywhere from 50 to 160 nuisance flooding events by 2050, inundating a broader swath of the waterfront.

Between storms and nuisance flooding, the Corps plan says, more than 1,400 structures would be at risk by 2080.