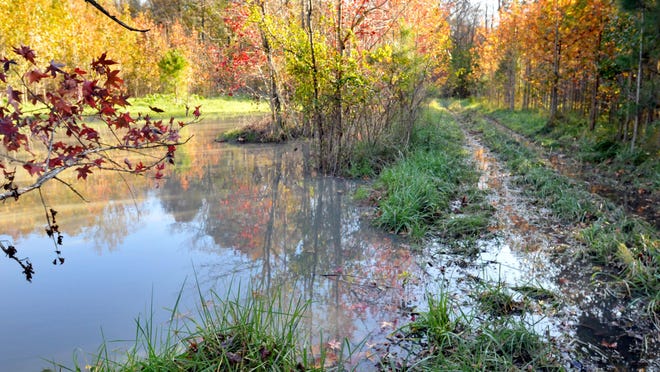 WASHINGTON — The Supreme Court is currently deciding a case which may determine the future of wetlands around the Chesapeake Bay and across the country.

On Oct. 3, the Supreme Court heard arguments in Sackett v. EPA. The case stems from a seemingly parochial concern: a family in Idaho was cited for filling in wetlands on its property without a permit. However, the implications of this case are far-reaching and potentially dangerous, according to environmental groups like the Chesapeake Bay Foundation.

Lawyers for the Sackett family are contending that under the Clean Water Act, the Environmental Protection Agency (EPA) only has authority to regulate “navigable” waters, that is, permanent waterways that a boat or ship could pass through, not wetlands, seasonal streams or other bodies of water not directly linked to the sea.

If the justices were to accept the Sacketts’ argument, the EPA would be hamstrung in regulating large swaths of the wetlands in the United States, especially on the Delmarva peninsula. The US Forest Service estimates that the peninsula is home to as many as 17,000 “Delmarva bays,” also known as “whale wallows,” which are small, oval-shaped indentations covering some 34,560 acres of the peninsula, according to the Chesapeake Bay Foundation.

Why wetlands are so vital

In addition to providing habitats for many plants and animals, wetlands act like sponges absorbing storm surge and flood waters. The protection to coastal communities provided by wetlands is increasingly important as sea levels rise and extreme weather events become more frequent.

“When you look at the purpose of the (Clean Water) Act, which is to protect water quality and restore it where need be, then you cannot assume that Congress meant that only the permanent bodies of flowing water that you can float a boat on are going to be covered,” Mueller told Capital News Service. “There are just too many other waters that are very important to our natural resources, but also to human health to allow that to happen.”

Skepticism from justices on issue

In oral arguments, most of the justices seemed skeptical of the Sacketts’ sweeping argument. Justice Brett Kavanaugh repeatedly questioned why the court should break with 45 years of precedent, which has stated that a wetland covered under the Clean Water Act can be separated from a navigable body of water.

“This case is going to be important for wetlands throughout the country and we have to get it right,” Kavanaugh said. “So why wouldn’t a wetland separated by a berm, dune, levee or dike be covered, contrary to what the past 45 years of precedent have suggested?”