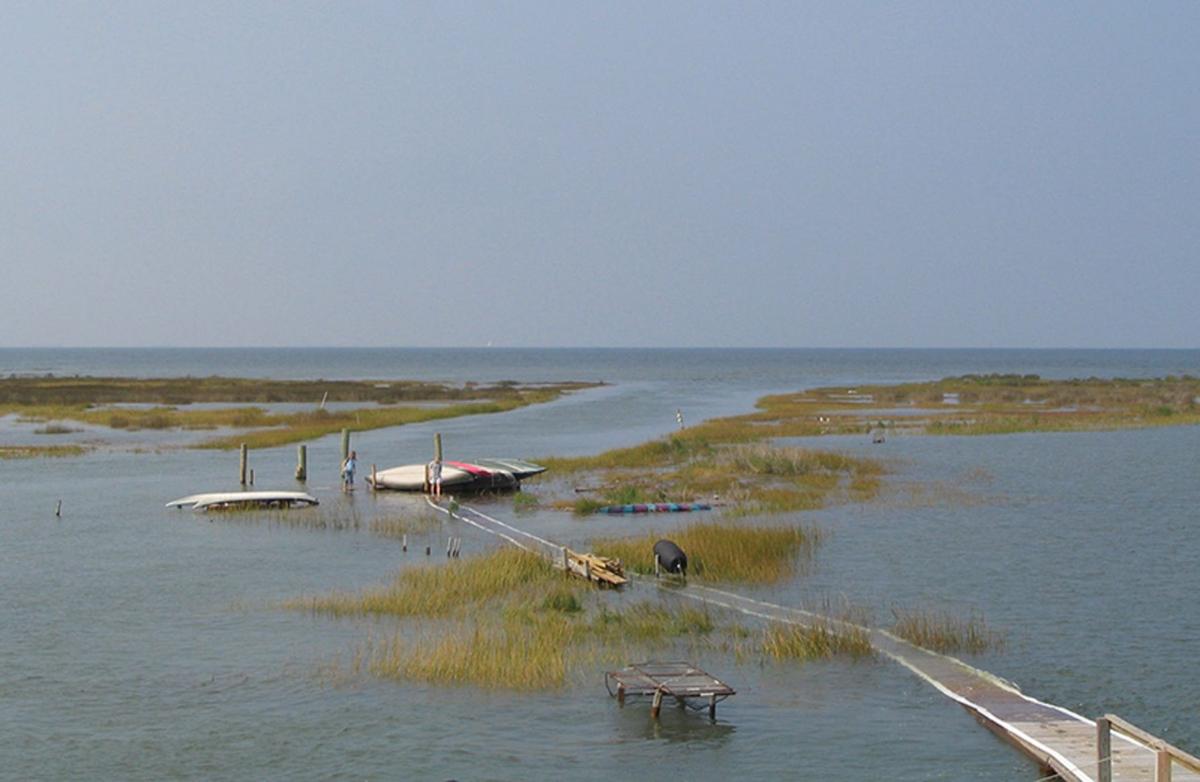 This USA Today Network special report explores solutions to deep threats that flow through New York, Pennsylvania and Maryland as the Susquehanna River feeds the Chesapeake Bay — with life and death.

The last resident of Applegarth, Md., left Lower Hoopers Island in 1920. They left for good.

The land that was home to a once-thriving oystering community was crumbling into the Chesapeake Bay. Not long after the departure, a hurricane took down the lone bridge. Now, marshland is the only hint that anything was ever there.

The extended family of Applegarths have a long history in Dorchester County, Md., and are no strangers to the effects of climate change. They escaped as sea levels rose. They watched one of the Atlantic Coast’s most vital areas become one of its most threatened.

Their 200-year-old Dorchester County farm, known as Medicine Hill to locals, sits on a ridge surrounded by marsh, a group of stark white buildings under an expansive sky. If sea level rise continues unchecked, flooding threatens to destroy the property — and its history with it.

In a worst-case scenario, global climate change will result in a severely warmed bay region. Glacial melt-fueled sea level rise and other effects will push back on the millions of dollars and years of effort by scientists, advocates, watermen and policymakers to clean the bay and aid its function. Maintenance of the worst-case pathway would mean big changes, both for local landmarks such as Medicine Hill and the bay as a whole.

The Applegarth farm’s eponymous “hill” is only about 4 feet high. Any gravitas the name lent the place was in addition to the 195-acre farm’s importance to the larger Golden Hill community. It had, at different times, a doctor’s office, a general store and a post office on site.

Several things about the property have piqued the interest of local preservationists and prompted its nomination for the National Register of Historic Places.

Medicine Hill and the surrounding area is deeply tied to the history of Catholicism on the Eastern Shore. The nearby 250-year-old original St. Mary Star of the Sea Church has graves in its cemetery that date back to the Revolutionary War.

Harriet Tubman, whose namesake museum is just a 10-minute drive from the farm, was born in nearby Bucktown.

The Maryland Historical Trust considers it to be one of the most complete historical farms in Dorchester County.

For Paul Applegarth, it’s his family’s historic home. “It’s always been sort of like a Valhalla within the family,” he said.

Applegarth hopes Medicine Hill can be made publicly accessible and has created a foundation to help fund the project.

But Medicine Hill is facing an uphill battle just to stay above water.

Only about 10 acres of the property never flood, while the rest is regularly inundated, said Ward Bucher, a historical architect with Encore Sustainable Architects, the company the Applegarths hired to study the property for potential preservation and reuse.

The former general store floods above its first level three times a year, and other buildings can also end up beneath feet of water, Bucher said. While the farmhouse is already raised, part of the preservation project will determine the most effective means of keeping water out of the other buildings.

Dorchester County has already lost land to sea level rise occurring over the last 50 years and will inevitably experience even more loss of wetlands, increased areas of open water, and shifts in its types of wetland habitat, according to a Maryland Department of Natural Resources report.

More years of increasing global carbon emissions will mean higher, more frequent flooding of Medicine Hill’s aging buildings, if they remain as they currently stand. But at least some of what this local landmark will face in coming years has yet to be determined by actions the world over.

While sea level rise projections for 30 years from now are considered locked in (meaning that even if we start reducing our emissions now they will still happen), what will happen after 2050 depends entirely on choices: Will the world emit less, or continue as before?