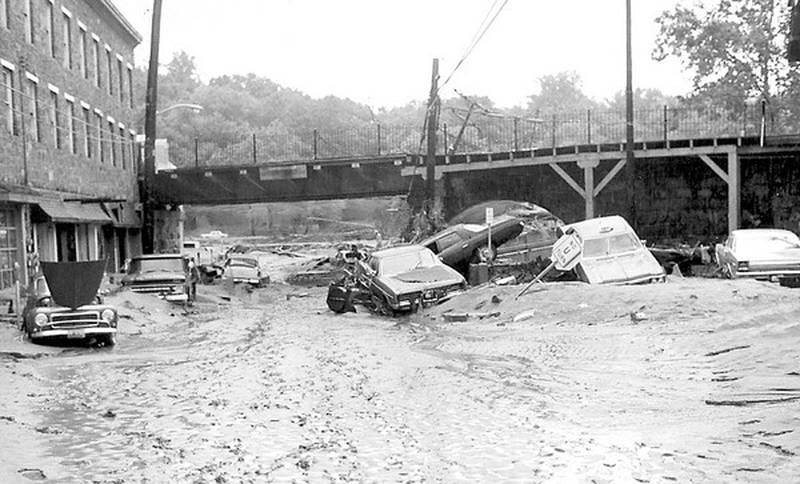 Fifty years ago, the remnants of Hurricane Agnes engulfed Maryland and the rest of the Eastern Shore in a relentless fury of torrential rain and mass flooding, killing 21 people and causing $62 million in damages.

The devastating storm, downgraded from a hurricane to a tropical storm by the time it reached Maryland, flooded streets and left cars submerged in high water. The debris has long been cleared, but experts say the storm caused lasting damage to the Chesapeake Bay, the largest estuary in the United States.

The June 1972 storm, which experts called a “100-year flood,” altered the bay’s ecosystem and decimated the oyster population — problems that the bay still suffers from today.

Areas affected by Agnes received roughly 8 to 18 inches of rainfall in the span of 10 days during the storm, according to Ted Evgeniadis, who serves as riverkeeper for the Lower Susquehanna River.

The region already had experienced a particularly wet winter and spring prior to the tropical storm, generating conditions that severely exacerbated the force of its environmental impact.

The massive amounts of rain brought by Agnes increased sedimentary pollution, resulting in “an unseasonably high concentration of nitrates and nitrites two to three times greater than normal in the northern half of the bay,” Evgeniadis explained.

This was a massive blow to the bay’s ecosystem, causing abnormally extensive algae blooms to suffocate the water and make it difficult for aquatic species to thrive.

The influx of freshwater from the storm also drastically reduced salinity levels in the bay, severely damaging marine life. Among the most impacted were oysters, a keystone species that is crucial to the Chesapeake Bay ecosystem; they filter out excess nutrients from the water and their beds provide habitats for other marine life.

Evgeniadis said oysters in the upper bay region suffered 100% mortality rates as a result of the prolonged low salinity levels from Agnes.