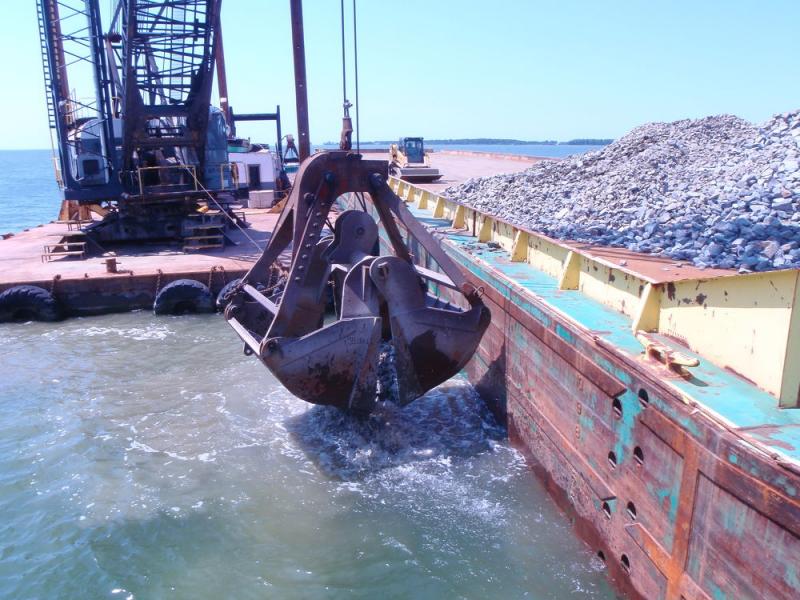 Work is set to resume by early April on the protracted restoration of oyster reefs in Maryland's Tred Avon River. The U.S. Army Corps of Engineers (USACE)'s Baltimore District announced that it has awarded a $3.8 million contract to a Florida company to construct 34 acres of reefs in the river.

The Tred Avon is one of five Maryland waterways targeted for large-scale oyster restoration. With Bay oyster populations depleted to only 1 to 2 percent of their historic abundance by pollution, overfishing and disease, Maryland and Virginia have each pledged as part of the 2014 Chesapeake Bay Watershed Agreement to rebuild oyster populations and habitat in five of their Bay tributaries by 2025.

Large-scale work has been completed on Maryland's Harris Creek and the Little Choptank River, with oyster restoration still in the planning stages for the St. Mary's and Manokin rivers.

The Tred Avon project has suffered repeated delays since it began in 2015. It became a battleground of sorts as watermen objected to the materials and methods used to rebuild reefs and repopulate them with oysters.

They complained that granite rocks used to build reefs in the Tred Avon and in Harris Creek snagged crabbing gear and that improperly constructed granite reefs in Harris Creek had damaged boats. They also argued that oysters would not thrive on the granite, contending that oyster shell is the only suitable surface on which spat, or baby oysters, can settle and grow.

Research has shown, however, that juvenile oysters will do well on other hard surfaces in the water, and monitoring of the granite reefs built in Harris Creek found oysters in great numbers on them, and even at higher densities than on reefs rebuilt with shells.