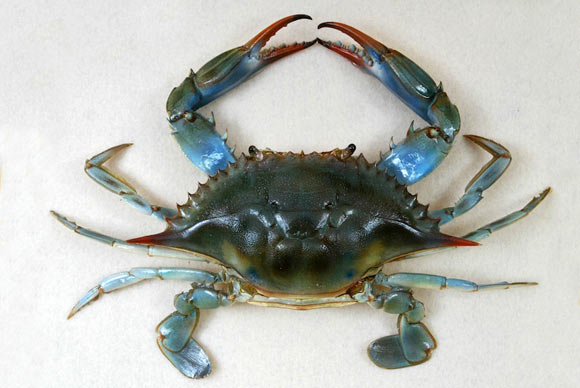 A team of scientists at the University of Maryland Center for Environmental Science has successfully sequenced the genome of the blue crab (Callinectes sapidus), an economically, culturally, and ecologically important species found across the temperate and tropical North and South American Atlantic coast.

The blue crab is a well-studied crustacean species distributed across the Western Atlantic region.

The population ranges along the western Atlantic coast from Argentina to Cape Cod in Massachusetts, United States.

In some areas, including the Chesapeake Bay, the blue crab is an important fishery species and 97,896 tons were harvested globally in 2016.

In many coastal habitats, the species also plays a key ecological role as a keystone predator on numerous smaller invertebrates and serves as prey for sea birds, turtles, and large fish species.

Additionally, the blue crab has expanded its territory as a successful invasive species to a number of coastal regions in the world, including in the Mediterranean Sea where it poses a serious problem due to its foraging ability and lack of natural predators.

“What makes crabs successful is located in the chromosomes,” said senior author Professor Sook Chung, a researcher in the Institute of Marine and Environmental Technology at the University of Maryland Center for Environmental Science.

“Knowing the full genome, we are several steps closer to identifying the genes responsible for growth, reproduction, and susceptibility to disease.”