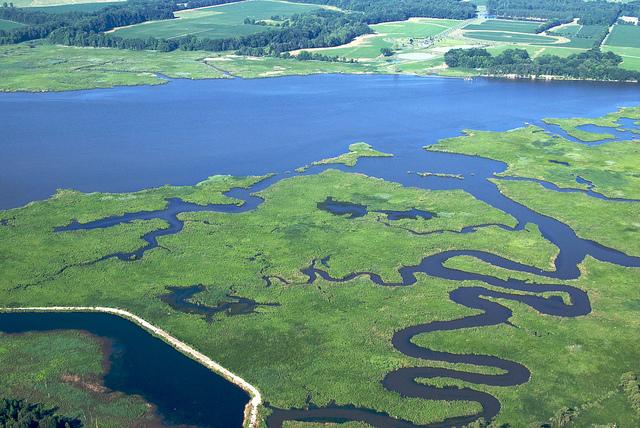 ANNAPOLIS, Md. (AP) — The nation’s largest estuary is still getting a D-plus grade for its overall health, according to a report released Tuesday by the Chesapeake Bay Foundation.

While the grade for the bay’s health remained the same, the score dropped one point from the foundation’s last report two years ago — largely due to what the group described as ineffective management of the striped bass population. The report is released every two years.

“The Chesapeake Bay system is still dangerously out of balance, but there’s hope for improvement as pollution levels decline and the dead zone retreats,” said William Baker, CBF’s president, referring to an area of oxygen-low water in the bay.

CBF said most water quality measures are showing improvements, despite flagging political will in Washington over the last four years. Efforts need to be accelerated to implement practices by 2025 that will reduce pollution enough to restore water quality to local rivers, streams and the bay, the foundation said.

“Saving Chesapeake Bay will be a source of great pride for America and an early step in addressing climate change,” Baker said.

Baker expressed new hope in the election of President-elect Joe Biden, a Democrat. Baker described the longtime former senator from Delaware, which is in the bay’s watershed, as a reliable partner in restoration efforts. Baker criticized President Donald Trump’s administration for reversing clean air and clean water regulations over the last four years.