Mid-Atlantic
East Coast fishery managers have called for an 18% reduction in the mortality of striped bass because of a worrisome decline in their population. Photo by Dave Harp 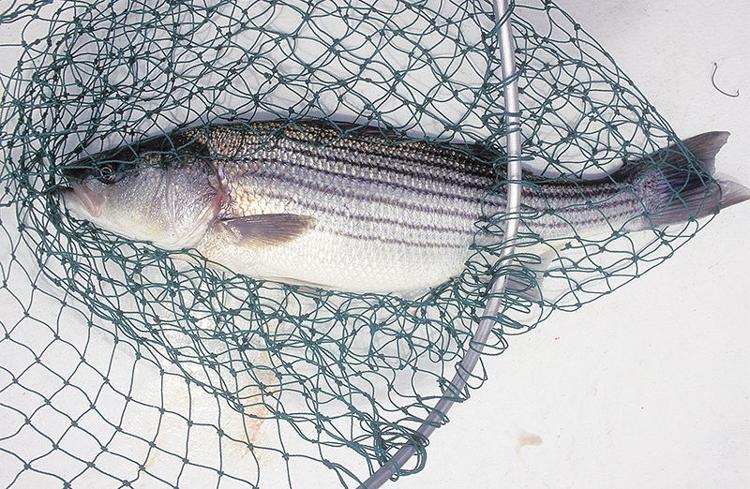 Anglers in the Chesapeake Bay and its tributaries will be limited to landing just one striped bass a day under new rules approved this week by East Coast fishery managers.

The only exception is in Maryland, where state officials plan to let customers on charter fishing boats bring home two of the highly prized rockfish, as they are known in the bay.

And there’s still more controversy about Maryland’s plan to stem the slide of the East Coast’s most popular fin fish. The state has shortened but not closed its spring “trophy season,” when anglers can go after the biggest of the species, even though those happen to be the most productive spawners. And the state is planning to crack down on anglers who “target” rockfish for catch-and-release during times when it’s illegal to keep them.

The Atlantic States Marine Fisheries Commission, which regulates fishing for migratory species in near-shore waters, on Feb. 4 authorized a patchwork of catch restrictions to be imposed along the coast and in the bay aimed at halting a troubling decline in the species. They did so only after a lengthy and at-times querulous debate about the efficacy and fairness of states’ varied rules.