Northeast
The amount of hatchery-grown mussels is set to increase in the Chesapeake Bay region as enthusiasm and funding for freshwater mussel restoration continues to increase. Whitney Pipkin 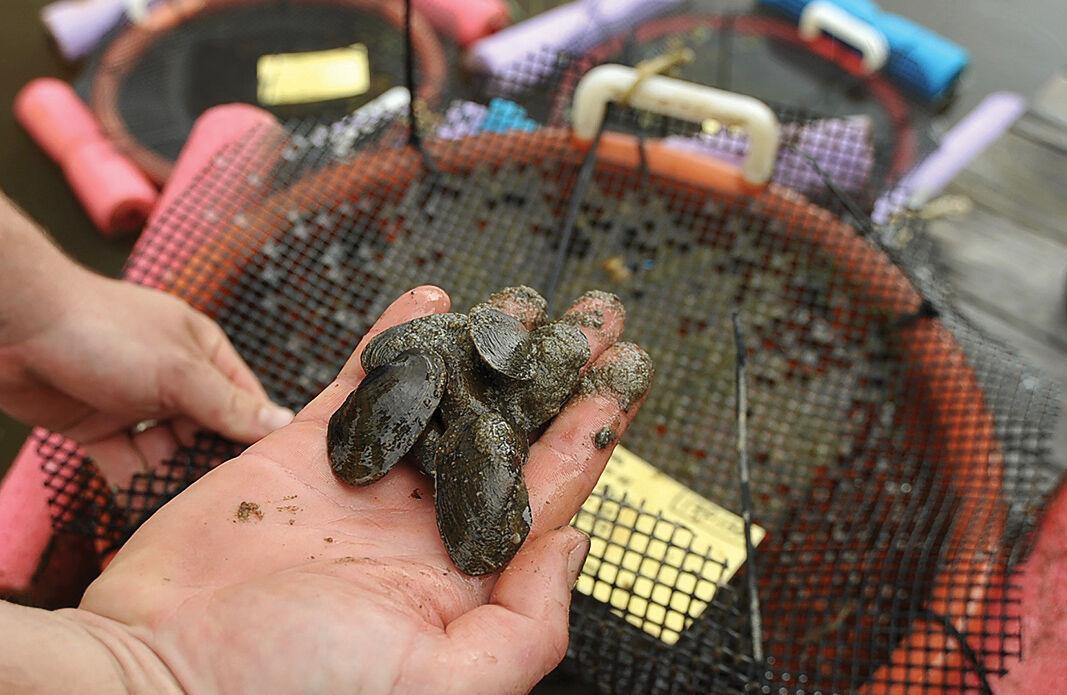 As the heat index crept toward 104 degrees on a mid-August afternoon, it was easy to feel what the freshwater mussels nestled into a nearby stream in Reston, VA, were up against.

“We know that mussels remove pollution, but will they live in this environment?” asked Mike Rolband, whose nonprofit Resource Protection Group is studying if mussels can improve — and survive in — restored urban streams. “If they do, this could be a really cool way to improve water quality more at the source.”

Rolband isn’t the only one betting on freshwater mussels as wonder workers for water quality in the upper reaches of the Chesapeake Bay watershed.

After several years of workshops and research, the Chesapeake Bay Program’s Scientific and Technical Advisory Committee has released a report concluding that mussel restoration is ripe for broader investment by those looking to clean up the Bay and its rivers.

Oysters have long been lauded for their role as water-clearing filter feeders in brackish and saltwater portions of the Bay.

Now, advocates argue that a new focus on mussels could help clean up freshwater systems as well.

These areas have no crabs, oysters or other iconic Bay species, but mussel advocates say the bivalves are a potential mascot for clean water in the rest of the watershed.

Many of the more than 25 mussel species known to live in the Bay watershed are the product of complex life cycles which, among other things, can involve tricking fish to help nurture and spread their larvae.

Mussels’ unusual attributes — and the sheer diversity of species with names like heelsplitter, pocketbook and pigtoe — are among the reasons that “people just get jazzed about them,” said Joe Wood, Virginia senior scientist for the Chesapeake Bay Foundation.

The state-federal Bay Program report stemmed from a March 2020 workshop that brought dozens of researchers and mussel backers together to crunch numbers and prove the thesis they’ve been operating on for some time: Mussels deserve as much play in clean-water conversations as oysters.

“The whole point of the workshop was really to raise freshwater mussels in the eyes of the Bay Program community and say, ‘Why are we not working on this?’” Wood said. “Because it sure fits with a lot of the things that we say we care about.”

The 53-page report details the ecological value of mussels and their potential to help reach Bay restoration goals. It also makes a case to establish funding streams for shellfish restoration that can be more specifically applied to mussels.