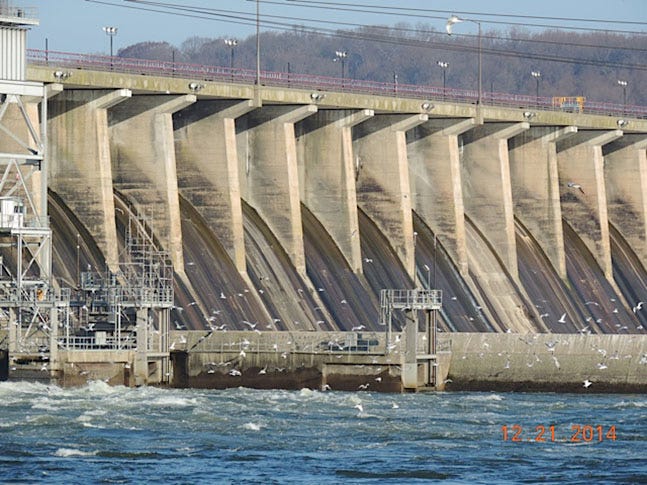 The state of Maryland is kicking off an exploration of the sediment impacted behind Conowingo Dam on the Susquehanna River and how that clay, silt and sand — mixed with various forms of debris and pollution — might be reused.

A $1.5 million study of the characteristics of the sediment behind the dam is the first phase of the project that will begin in December, according to a Maryland Environmental Service news release.

The MES contractor Northgate Dutra Joint Venture will be collecting sediment samples in the Maryland portion of the Susquehanna River and analyzing them for data that can help determine safe options for the sediment's reuse. The pilot project offers an opportunity to examine the sediment and feasibility of dredging on an initially small scale.

The effort relates to the search for solutions to the ongoing problem of sediment releases from behind the dam, which is the lowermost structure on the largest tributary to the Chesapeake Bay.

Sediment and pollution have collected behind the dam since its construction in 1929. In about 2016, scientists determined that the reservoir was essentially full of sediment, unable to trap any more.