Northeast
Farmed salmon traditionally have been raised to market size in open sea pens. Parasites, disease and regulatory limits have fueled a shift to land-based aquaculture, particularly to supply a growing U.S. demand for the fish. Dave Harp 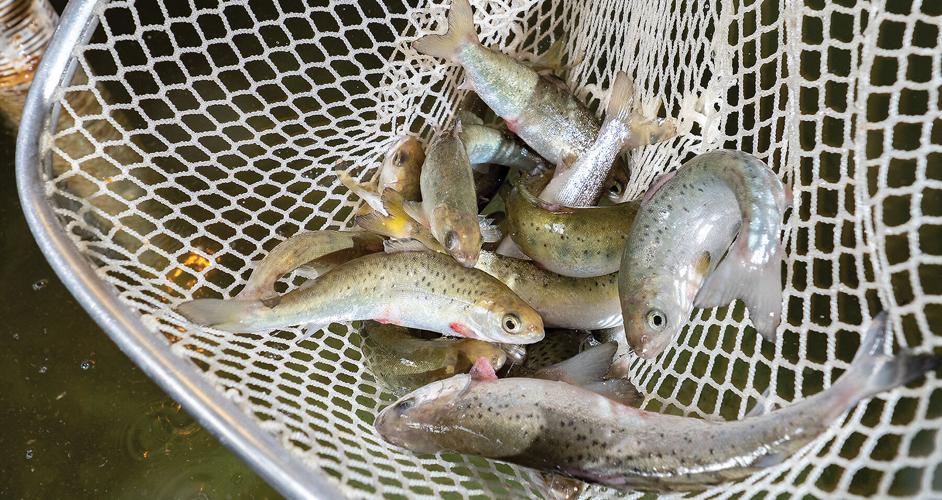 A proposed indoor salmon farm on Maryland’s Eastern Shore is poised to clear a key regulatory hurdle over critics’ fearsthat its discharges will threaten the state’s only Atlantic sturgeon spawning grounds.

The Maryland Department of the Environment has issued a tentative permit that would allow the salmon-rearing facility to discharge up to 2.3 million gallons a day of treated “purge” water into Marshyhope Creek, a tributary of the Nanticoke River.

The Marshyhope is the only waterway in Maryland known to harbor spawning sturgeon. The long, bony-looking fish are federally classified as endangered along most of the East Coast, including the Chesapeake Bay region.

It’s the first of several permits that AquaCon, the Norwegian aquaculture company proposing the salmon farm, needs to begin construction. Others include water appropriation, stormwater, and wetlands and waterways, as well as an aquaculture permit from the state Department of Natural Resources.

An AquaCon official said the company has gone to great lengths to ensure that the wastewater discharges don’t upend the Marshyhope’s ecosystem.

“We have spent more than one year with MDE on the permit terms,” said Henrik Tangen, executive chairman and president of AquaCon. The state’s discharge conditions, he said in an email, “are significantly more stringent than comparable terms for other similar facilities [worldwide], U.S. included, taking all local environmental issues into consideration.”

The company, which went public with its plans in 2020, aims to raise fish inside a $300 million, 25-acre building in an industrial park on the outskirts of Federalsburg, a small town in rural Caroline County. According to AquaCon’s website, it’s one of four such facilities that the company hopes to build in Maryland to supply the Mid-Atlantic region with the popular fish.

By AquaCon’s own calculations, discharges from the Federalsburg facility would compose up to 15% of the Marshyhope’s water flow. Several environmentalists say the creek is too small to absorb that much wastewater.

“We’re really strongly opposed to this,” said Judith Stribling, a retired Salisbury University biology professor and former president of the Friends of the Nanticoke River. “The notion of salmon aquaculture is admirable, and the objective of producing good, quality food that would in most places not have a serious impact on the environment seems like a good one. But this location could not be worse.”

Environmentalists point to several issues with the wastewater. Among them: It will be colder than the water in the surrounding river during the summer, potentially upsetting the spawning season; the purged water could contain diseases and chemicals harmful to aquatic life; and any change in the stream’s salinity or other water chemistry could affect sturgeon spawning.