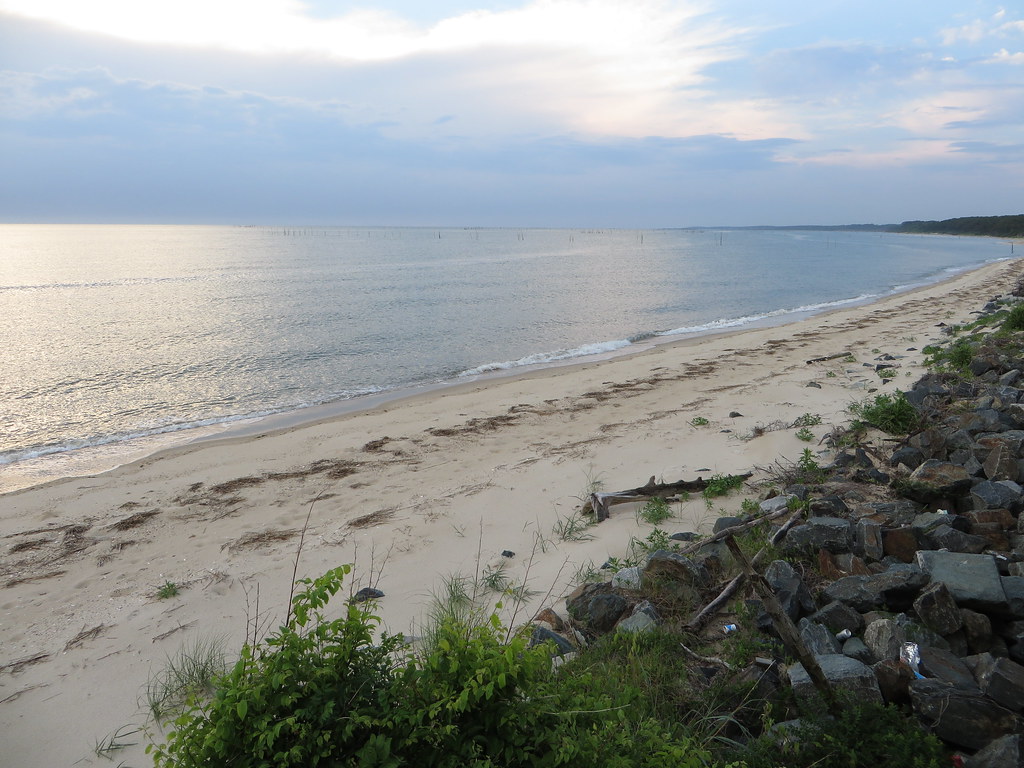 MD - Maryland, behind in cleaning up Chesapeake, beefs up restoration efforts

The clock is ticking for the Chesapeake Bay’s surrounding jurisdictions to meet a 2025 goal set under a federal lawsuit settlement to implement policies and practices for bringing the nation’s largest estuary back to health after decades of pollution.

Last year, Maryland fell short in meeting federally set targets under the settlement for nitrogen and phosphorous, the two pollutants that have fueled algae blooms leading to low-oxygen “dead zones” harmful to fish and other aquatic life, according to a June evaluation by the Environmental Protection Agency.

Overall, the state has achieved 58 percent of its 2025 goals for nitrogen and 74 percent of its phosphorous reduction target, according to a separate assessment published in June by the Chesapeake Bay Foundation.

“Each of these projects plays a critical role in improving the quality of the bay, and making our ecosystem more resilient,” Hogan said in a statement.

Since 2019, Maryland has spent nearly $500 million on bay-related restoration projects, the most so far of any of the neighboring jurisdictions.

The commitment is part of what has become a race against time to reduce the effects of urban pollution in an area of the country that continues to grow. Automobile oil on roads, construction-site debris and general pollution are all flowing into surrounding streams that feed into the bay’s larger tributaries, including the Potomac River.

In more rural areas, agricultural runoff, including fertilizer and pesticides, have been contributing to the problem.

“If you look at pollution coming from urban and suburban land, pollution increases, and a lot of that is because we’re converting more land into developed land,” said Beth McGee, director of science and agricultural policy at the Chesapeake Bay Foundation. “Now, we have a lot more land that’s in that category.”

In 2020, Washington-region jurisdictions and Delaware sued the EPA for what they claimed was a lack of aggressive enforcement of the 2010 settlement in states that were far behind in meeting the 2025 goal, especially Pennsylvania, undercutting their efforts.