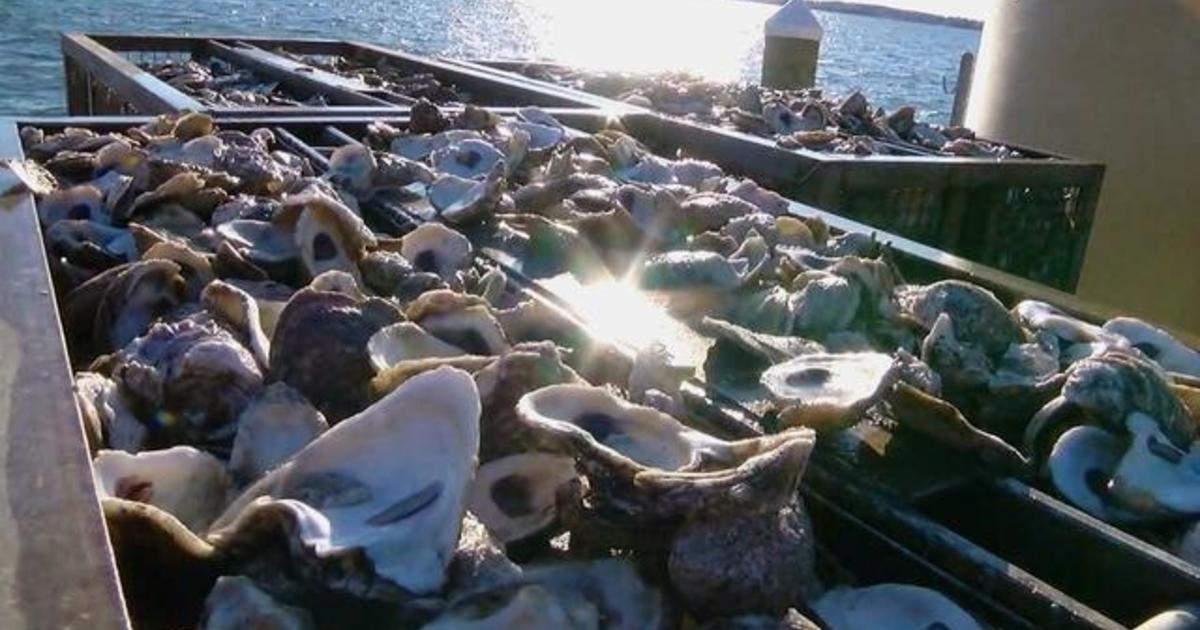 MD - Inside efforts to restore the Chesapeake Bay's oyster population

As the sun rises over the Little Choptank River in Dorchester County, Maryland, a crew is hard at work responding to a crisis underwater that's been unfolding for centuries: the declining population of the native Chesapeake Bay oyster.

Due to over-harvesting, pollution and disease, more than 99% of the historic native oyster population has disappeared.

The state of Maryland has committed to a restoration plan looking to rebuild oyster colonies in five tributaries on its side of the bay.

Inside 3,000-gallon tanks are millions of future oysters — work done by the Oyster Recovery Partnership, a nonprofit dedicated to Chesapeake Bay oyster restoration.

"The work that we're doing is all in Maryland at this point, working in tributaries within the bay to restore those oyster reefs," said Ward Slacum, executive director of the Oyster Recovery Partnership. Slacum said oysters are important to the cultural heritage of Maryland.

"For one, oysters being the keystone species, it means that they're really critical to not just the ecosystem of the bay, but all the other animals that reside in the bay. But the harvest of those oysters also contributes to the economy," he told CBS News' Skyler Henry.