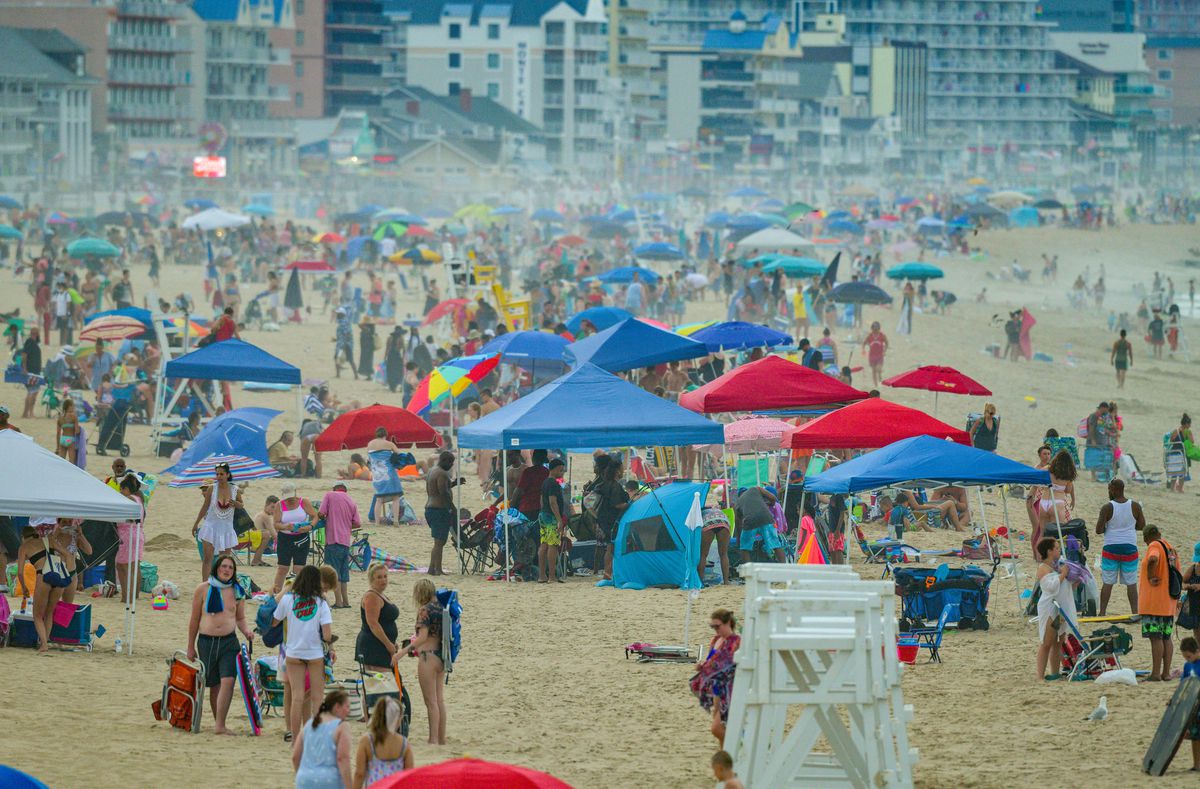 MD - How Did Ocean City Fare During a Summer of Coronavirus? A Look Back at an Unusual Season for Maryland’s Beach Town.

As summer dawned in Ocean City, Maryland, some public health officials feared that outbreaks among beach-goers could reverse a declining COVID-19 trends statewide.

Visitors started returning on Mother’s Day weekend and, by Memorial Day, crowds filled the Ocean City boardwalk and shoreline. In June, nearby Delaware beach towns ordered bars to shutter after an uptick in COVID-19 cases tied to lifeguards, bar employees and senior week-ers. By July, some Ocean City restaurants were closing temporarily after employees tested positive for the virus.

With summer now over, Ocean City survived the most perilous part of its 2020, the months when tourists transform the barrier island into one of the state’s most populous cities. And for some beach businesses, particularly those well-equipped to offer outdoor dining and activities, the season proved less damaging than expected.

But there’s no doubt that the coronavirus had a huge effect on the beach town this summer.

Between late May and early July, an average of about 14.5 new cases were reported each week in the three ZIP codes covering Ocean City, West Ocean City and Berlin. Then the Fourth of July drew large crowds to the beach and cases spiked.

“Right after July 4th is when the rates started to go up, but of course that’s also when things really started to open back up,” said Jeff Willey, a Salisbury University nursing professor who teaches epidemiology.

Nearly 100 new cases were reported in those ZIP codes in July’s third full week. About 60 of those cases came from Ocean City’s ZIP code — 21842.