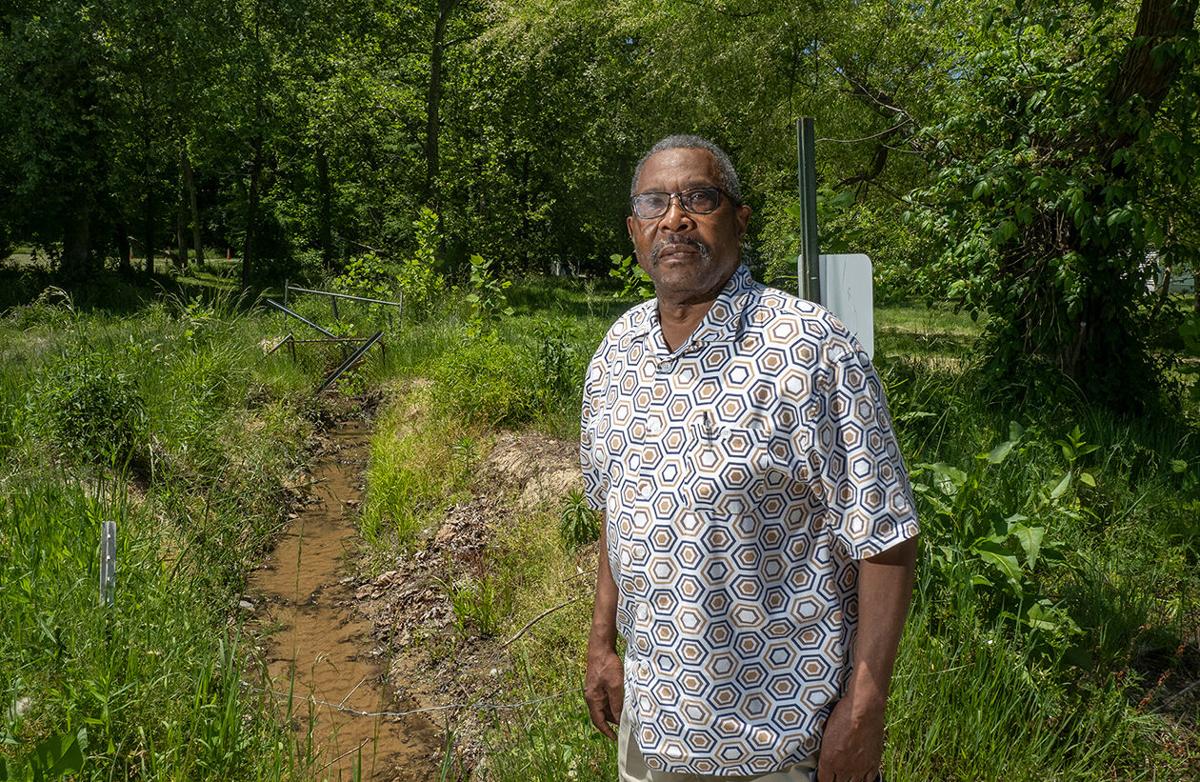 A Maryland power plant has been releasing stormwater for years into a small Patuxent River town founded in the late 1920s as a vacation resort for Black professionals.

The outflow has intensified floods and damaged the stream that the community relies on to drain heavy rains, town officials say.

A resident of the town, Eagle Harbor, spotted a culvert in a wooded area earlier this year that appears to feed stormwater from a Pepco-controlled portion of the Chalk Point generating station into the town’s drainage system.

An official with the Maryland Department of the Environment confirmed in a follow-up investigation that the previously undocumented culvert is “likely contributing” to flooding in the town and “has created an adverse impact” on the stream it flows into.

The MDE inspector, Renato Cuizon, declined to cite Pepco with a violation, however. The water flows off the company’s 140-acre switchyard, which, as a type of industrial activity, is not required to get a stormwater permit, said MDE spokesman Jay Apperson.

But in his four-page inspection report, Cuizon urged both Pepco and GenOn Holdings, which owns other portions of the Chalk Point facility, to make amends for the situation. Among other steps, he told the companies to stop the discharge into Eagle Harbor and work with the town to fix the damage it had caused.

James Crudup, Eagle Harbor’s mayor, said that the discovery of the 36-inch culvert helps explain why flooding has worsened in the community in recent years. A powerful storm last fall left parts of the town covered in sand, silt and other debris. Crudup said it was the worst flooding he had seen in his 50 years in Eagle Harbor.

To him the affair looks like a classic case of environmental injustice.

“Until we get to the bottom of it, I’m pissed,” Crudup said. “They just thought, ‘Well, here’s a small, Black, dumb township. We’ll just stick the pipe in, and they won’t do anything about it.’”

Jamie Caswell, a Pepco spokeswoman, said the electric utility only became aware of the culvert’s issues during an April 20 inspection of the site with representatives of the MDE and GenOn Holdings.

Pepco “will work cooperatively with [the MDE] to complete any maintenance or necessary adjustments, if needed, to address this situation,” Caswell said in a statement.