Mid-Atlantic
Workboats and crab shanties are a common sight on Smith Island, MD, in the Chesapeake Bay. Dave Harp 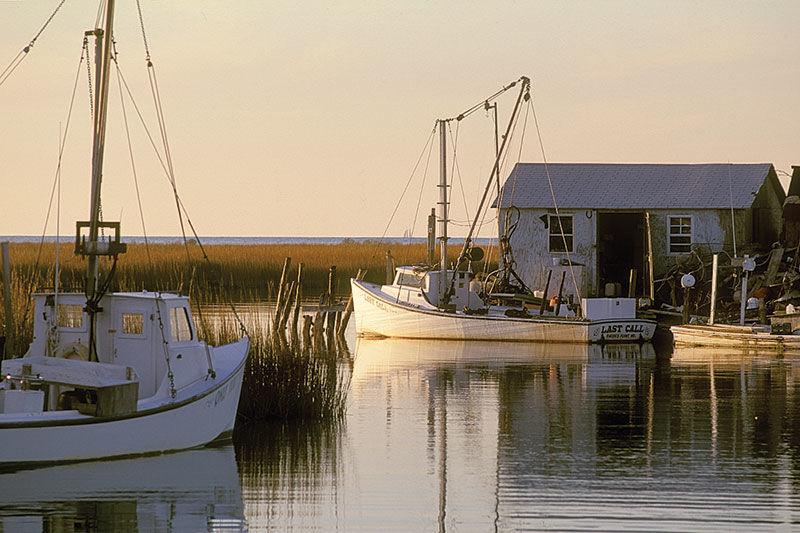 Making good on threats issued months ago, three Chesapeake Bay watershed states, the District of Columbia and the Chesapeake Bay Foundation took the U.S. Environmental Protection Agency to court Thursday for its failure to push Pennsylvania and New York to do more to help clean up the Bay.

In their lawsuit, the attorneys general of Maryland, Virginia, Delaware and the District of Columbia accused the EPA of shirking its responsibility under the Clean Water Act by letting Pennsylvania and New York fall short in reducing their nutrient and sediment pollution fouling the Bay.

“This has to be a collective effort,” said Maryland Attorney General Brian Frosh. “Every state in the Chesapeake Bay watershed has to play a part, and EPA under the law has to ensure that happens.”

The Chesapeake Bay Foundation, joined by the Maryland Watermen’s Association, a pair of Virginia farmers and Anne Arundel County, MD, made similar complaints in a separate federal lawsuit. Both were filed in U.S. District Court for the District of Columbia, where they’re likely to be consolidated into a single case.

“The courts must ensure that EPA does its job,’’ Will Baker, the Bay Foundation president, said in an online press conference held with attorneys general from Maryland, Virginia and the District.

At issue is the EPA’s duty to enforce a decade-old plan the agency drew up for restoring the Chesapeake to ecological health. The plan, known as a total maximum daily load, requires each of the Bay watershed states and the District to do what’s needed by 2025 to reduce their share of the nutrient and sediment pollution harming the Bay.