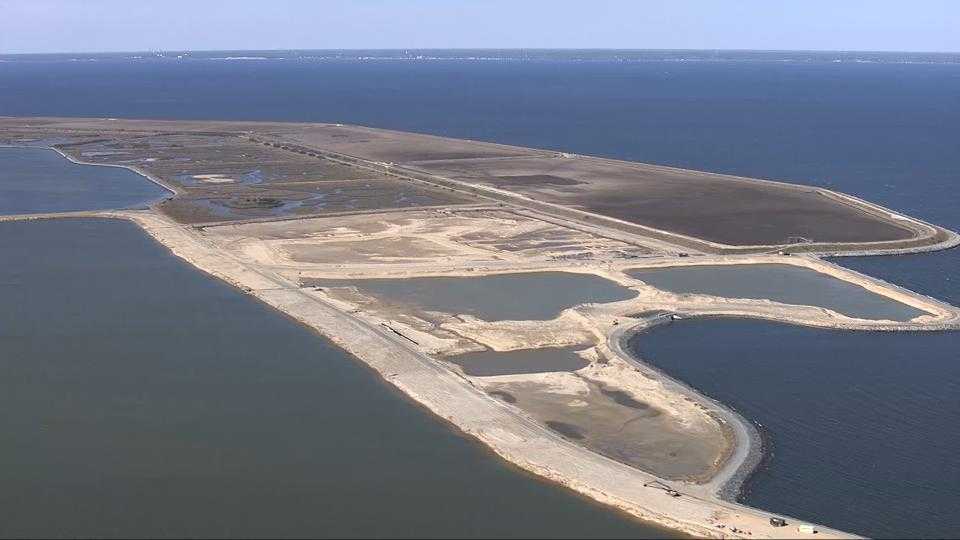 POPLAR ISLAND, Md. —Poplar Island is a massive project that has taken not only decades of resources, but manpower, too. Ultimately, it will become an open habitat for wildlife to thrive.

The container ship Ever Forward that was stuck in the Chesapeake Bay for more than a month will not soon be forgotten. One good thing that came from it was material dredged up to try to free the ship is helping an island that was once on the verge of vanishing.

Construction of Maryland's Poplar Island was officially completed last year, but that's not the end of it. Dredge material was brought and placed in this part of the mid-Chesapeake Bay for more than 20 years.

At one point the island whittled down to just 5 acres from erosion and sea-level rise. Now, it has been brought back to life to more than 1,700 acres.

Once a campsite for War of 1812 British warships and even a presidential retreat, the island now serves as home to wildlife, including 250 species of birds.