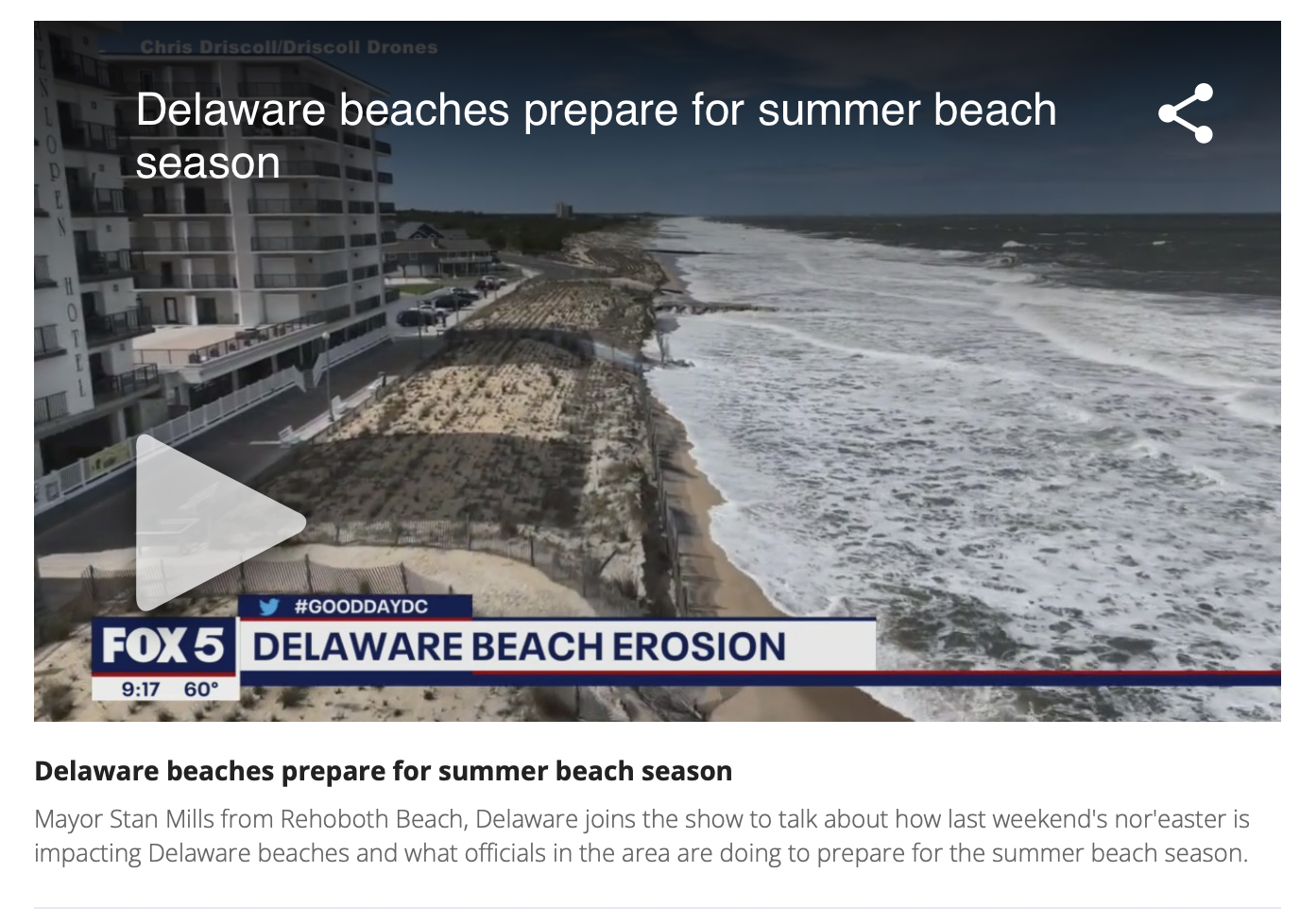 MD - Could summer beach vacations be impacted by coastal erosion?

Summer vacation season is fast approaching, but if you're going to the coast, there's a chance it could look different as eroding coastlines are impacting beach and bayfront towns.

Officials at North Beach in Calvert County say there used to be 10 feet of sand on parts of the beaches as recently as last week. Now, storms and high tides have meant the sand that was separating the boardwalk from the water has gone away.

"It’s taken away chunks of the beach at a time, to where we have a nice three-foot shelf where it’s just taken away," Waterfront Manager Phil Ashworth says.

Doug Myers, Maryland Senior Scientist with the Chesapeake Bay Foundation, helps break down the coastline erosion and what's causing it.

"What’s happening is as a beach is experiencing a higher water level, even for a couple of days like we had this last week," he says. "Any wave energy that would be hitting it is now hitting it on a higher point in the beach and so it’s generally going to take that sediment off of the beach."

The U.S. government says the country is losing $500 million a year in coastal property loss. $150 million is spent on coastal protection.

State governments are spending too, giving grants to places like North Beach.

So, will you notice a difference at your beach vacations? Maybe.

However, Myers says the coastal towns that get millions of annual visitors have more money to do some coastal mitigation projects. The changes may not be dramatic, but are certainly on many beach towns' radars.