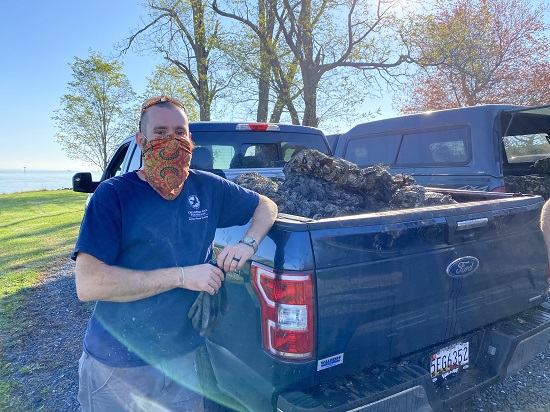 Oysters are making a comeback in Herring Bay.

Inspired by successful efforts in neighboring waters, the Advocates for Herring Bay (AHB) began restoring the historic Herring Bay Oyster Sanctuary in 2019 with a goal of planting 1 million spat--juvenile oysters--in the sanctuary by the end of 2021.

The project got a big boost Sunday when Chesapeake Bay Foundation (CBF) donated more than 200,000 oyster spat for placement on the bar for ecological preservation.

“CBF has been a great partner since the inception of our restoration effort, helping us identify optimal sites and monitor our results. We’re looking forward to continued collaboration with them.” said AHB President Kathy Gramp.

The AHB project aims to show the benefits of restoring oyster reefs in the sanctuary in an area which is known for its recreational sports fishing and boating.

“Multiple scientific studies have found significant habitat benefits for other species when oyster reefs are built up and allowed to flourish,” noted AHB Project Co-chair Birgit Sharp. “Add in the filtration, carbon sequestration, and shoreline benefits of oyster reefs, and you have the prospect of a big win for the environment and maritime economy of Herring Bay.”