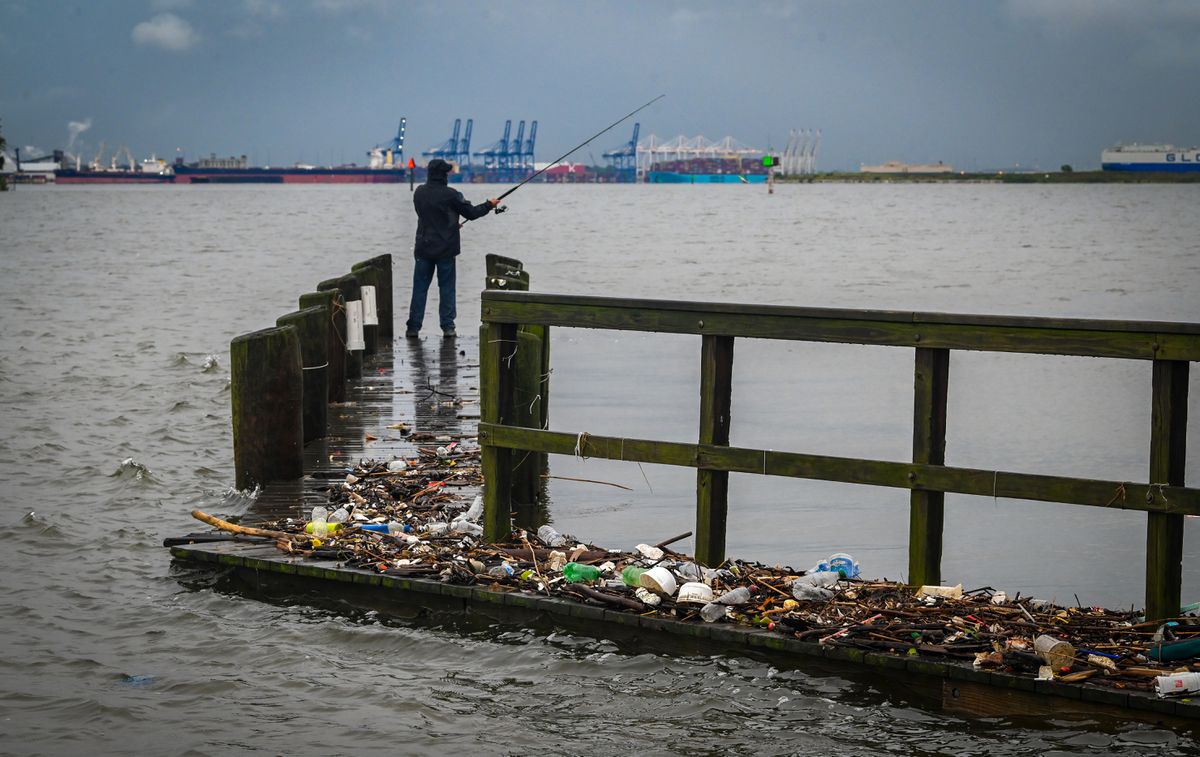 As the climate changes, a vicious cycle persists: rain, repair, repeat. But Baltimore could soon win millions of dollars from a new national effort to resist the damage that extreme weather is wreaking on communities.

The area along the Patapsco River’s Middle Branch frequently floods during heavy rains and high tides, cutting off neighborhoods such as Brooklyn, Brooklyn Park and Curtis Bay from the closest hospital, as well as from downtown and the rest of Baltimore.

Now, the area is competing for $32 million from a new pot of federal funding designed to better prepare for more frequent and harsher storms. The idea in South Baltimore is to rebuild wetlands long lost to industrialization and pollution, re-creating a permanent, natural buffer against flooding.

The project would mark a new strategy in responding to storms and floods, better preparing to withstand their growing strength and frequency, instead of rebuilding afterward.

And this part of Baltimore could become a proving ground in the fight against climate change because the perils of stronger storms and higher floods are not being confronted in a vacuum. Residents and community groups are pursuing solutions that not only protect neighborhoods, but also make them safer, healthier and happier.

There are efforts to build affordable, energy-efficient housing and create a “green” job center, alongside the proposal to make the Middle Branch riverfront more beautiful, ecologically healthy and resistant to flood damage.

Places like Baltimore may not have the luxury of taking another approach.

“It’s hopefully a really transformational project,” said Lisa McNeilly, director of Baltimore’s Office of Sustainability. “I sometimes say that in Baltimore, we don’t really have the opportunity to only do things for one reason.”