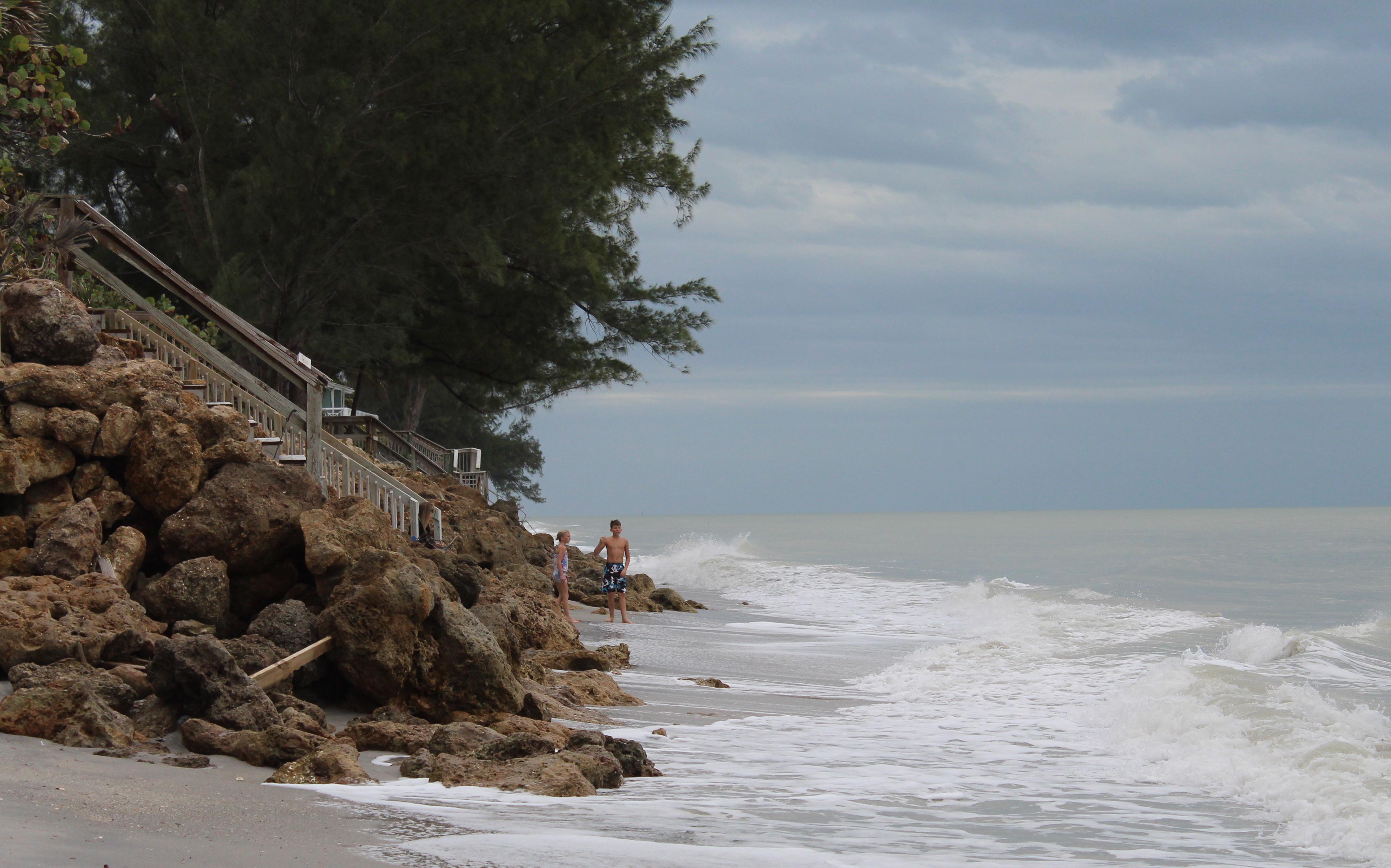 Now that the Manasota Key Beach renourishment project is split in two, some residents may have to pay a heavier burden of the cost

MANASOTA KEY BEACH — Don Denison’s two beach homes have been in his family for more than 70 years. One is in Charlotte County, the other is next door in Sarasota County. Both are at risk of being swallowed by the Gulf of Mexico.

It’ll cost him about $11,900 over seven years to renourish 50 feet of shoreline in Charlotte. To renourish the same beach just a few feet away in Sarasota, it may cost about $140,000.

“If they move forward with this,” Denison said, “I don’t think I’ll keep the home that’s been in my family for two generations.”

Denison’s predicament is just one example of two drastically different costs as the two counties join together for a beach renourishment project. That effort would restore roughly 50 feet of sand to the shoreline on an almost five-mile stretch from north of Blind Pass Park in Sarasota County to Don Pedro-Knight Islands Beach in Charlotte County.

After Sarasota County commissioners unanimously approved the project in April, a handful of properties in the middle opted out, splitting the project into two segments. With the separation, the south segment, where Denison lives, is no longer eligible for tourist development funding.

That’s because the section, which runs from 6310 Manasota Key Road to Denison’s property on the county line (affecting a combined 70 homeowners on both the Gulf of Mexico and Lemon Bay sides), does not have access to a public beach.