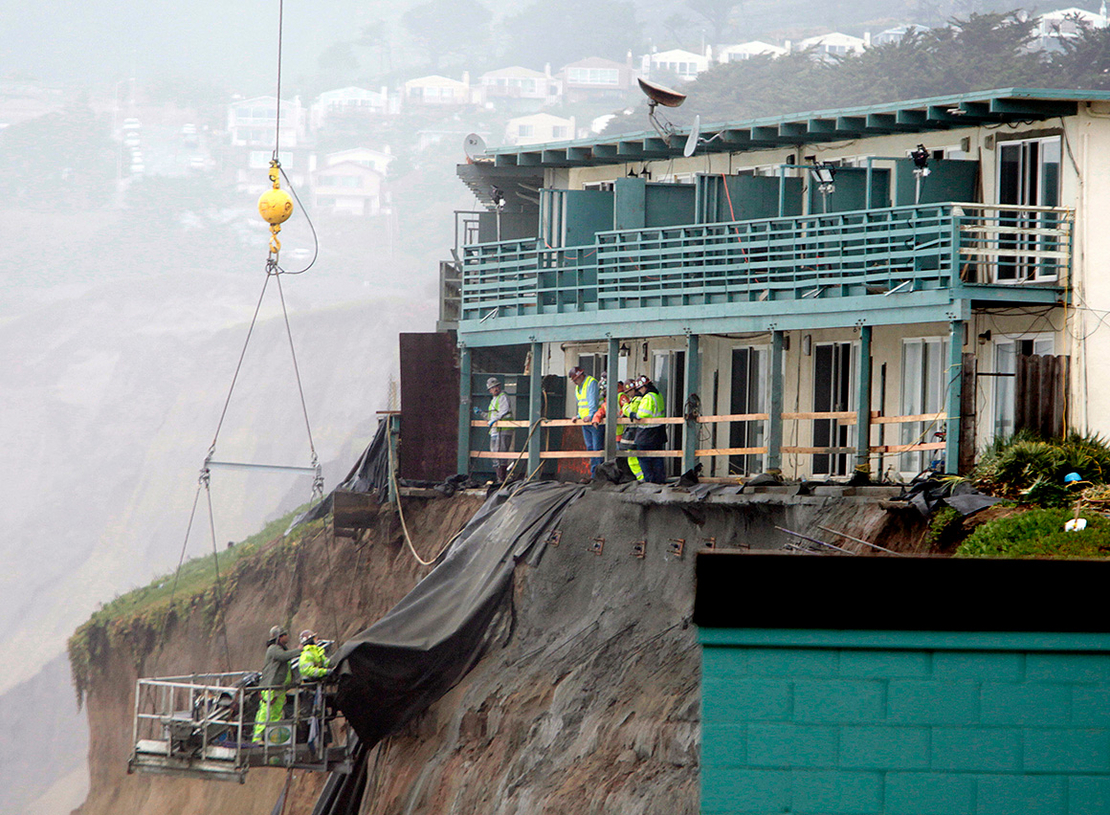 CA - Managed retreat: Unpopular, expensive and not going away

A large majority of the Democratic-controlled Legislature voted to pass a bill allowing cities to borrow state money to buy homes and rent them out to repay the loan. Then, when the houses become too dangerous to inhabit, the cities would tear them down.

Then the measure ran into a guillotine. Gov. Gavin Newsom, a Democrat who’s seen as a climate leader, vetoed the vanguard legislation last month.

"It does not comprehensively address the costly activities envisioned, likely to be carried out over decades," Newsom said in his veto message. He described "climate-driven sea level rise" as a major challenge, requiring "innovative planning approaches and implementation action" by the state and local governments.

The episode illustrates the challenges faced by California as it confronts threats to its movie-scene beaches from rising ocean levels. California leaders argue that the state must prepare for as much as 3 ½ feet of sea-level rise in 30 years.

The options are expensive, complicated and controversial.

"We always seem to respond to things when it’s too late," state Sen. Ben Allen (D), who introduced the vetoed bill, said in an interview. "We know this problem’s coming. We know it’s starting to become a real problem for some communities … up and down the coast. So let’s act quickly."

Managed retreat, or the planned removal of homes, will attract increasing attention as seas rise, experts said. Many politicians avoid using the term because it’s a political hot button.