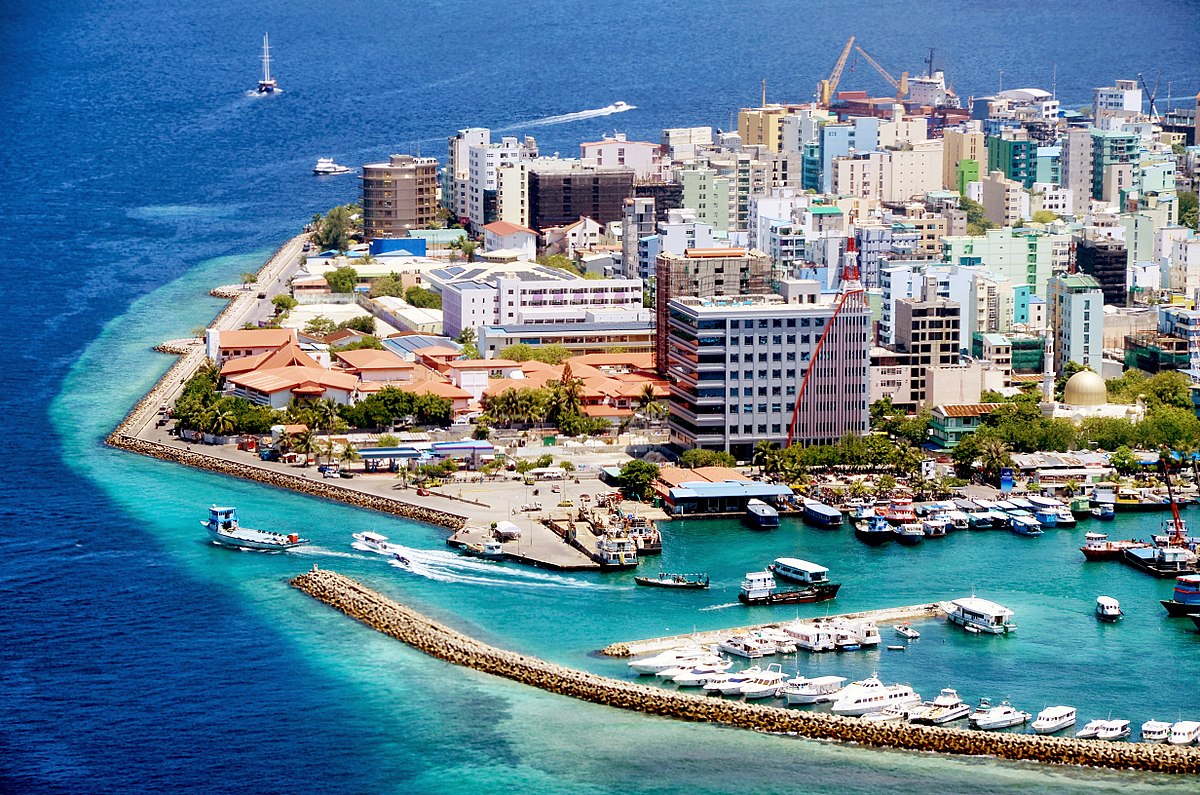 Maldives - A floating city in the Maldives begins to take shape

A city is rising from the waters of the Indian Ocean. In a turquoise lagoon, just 10 minutes by boat from Male, the Maldivian capital, a floating city, big enough to house 20,000 people, is being constructed.

Designed in a pattern similar to brain coral, the city will consist of 5,000 floating units including houses, restaurants, shops and schools, with canals running in between. The first units will be unveiled this month, with residents starting to move in early 2024, and the whole city is due to be completed by 2027.

The project -- a joint venture between property developer Dutch Docklands and the Government of the Maldives -- is not meant as a wild experiment or a futuristic vision: it's being built as a practical solution to the harsh reality of sea-level rise.

An archipelago of 1,190 low-lying islands, the Maldives is one of the world's most vulnerable nations to climate change. Eighty percent of its land area is less than one meter above sea level, and with levels projected to rise up to a meter by the end of the century, almost the entire country could be submerged.

But if a city floats, it could rise with the sea. This is "new hope" for the more than half a million people of the Maldives, said Koen Olthuis, founder of Waterstudio, the architecture firm that designed the city. "It can prove that there is affordable housing, large communities, and normal towns on the water that are also safe. They (Maldivians) will go from climate refugees to climate innovators," he told CNN.

Born and bred in the Netherlands -- where about a third of the land sits below sea level -- Olthuis has been close to water his whole life. His mother's side of the family were shipbuilders and his father comes from a line of architects and engineers, so it seemed only natural to combine the two, he said. In 2003, Olthuis founded Waterstudio, an architecture firm dedicated entirely to building on water.

At that time signs of climate change were present, but it wasn't considered a big enough issue that you could build a company around it, he said. The biggest problem then was space: cities were expanding, but suitable land for new urban development was running out.