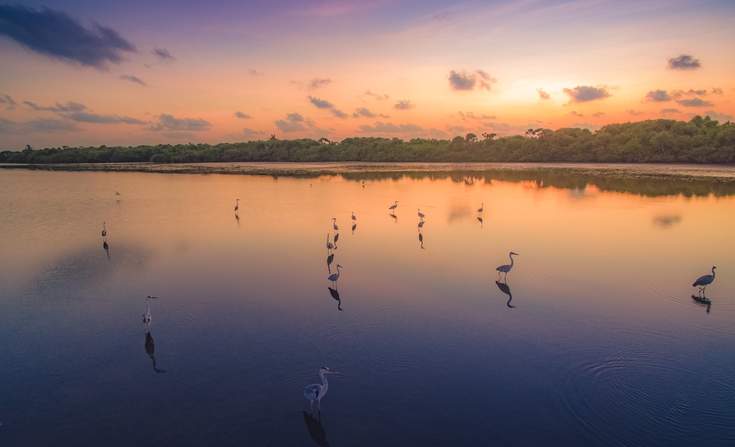 Oceans and coastal plant species such as mangroves and seagrasses cover only a small fraction of the earth, but are responsible for sequestering over half of all the carbon captured by living organisms. However, despite being some of the most efficient known carbon sinks, they are also among the ecosystems most threatened by climate change. Threats such as rising sea levels and temperatures, offshore drilling, erosion and pollution have resulted in the rapid deterioration of coastal and marine areas.

The concept of forest carbon, or the sequestration and storing of carbon by forests, is well known and used by voluntary carbon markets and payments through the global Reducing Emissions from Deforestation and Forest Degradation (REDD+) program. However, the critical contribution of marine and coastal ecosystems in carbon sequestration, or "blue carbon," only recently has begun to gain traction in market-based ecosystem management discussions. These ecosystems are often biodiversity hotspots, and provide essential services such as food security, water quality, shoreline protection and the provision of livelihoods to coastal communities. They are therefore ideal ecosystems for conservation efforts worldwide.

How is blue carbon different?

Blue carbon is sequestered and stored in coastal and marine ecosystems that include mangroves, tidal marshes and seagrass meadows. In terrestrial ecosystems, carbon credits reflect the storage and sequestration from forests, grasslands, soil and other sources of biomass. However, the carbon stored in coastal ecosystems differs in that biomass accumulates not only from sources such as fallen leaves and twigs, but also from organic matter being washed up by the tide. Additionally, this organic matter is covered in saltwater, which inhibits breakdown of the material.‍