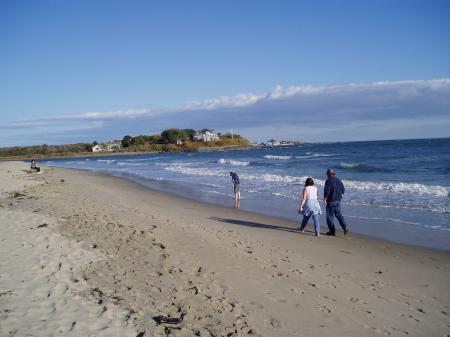 The case revives the fight that resulted in 2 rulings in the 1980s, when the Maine Supreme Judicial Court found that beachfront property owners own all the way to the low tide line.

A group of 23 Mainers plans to file a lawsuit challenging a 30-year-old legal ruling that said the public does not have recreation rights on private tidelands.

The case could change the course of recurring legal battles over coastal access, especially around sandy beaches in southern Maine. Benjamin Ford, a Portland attorney who is representing the plaintiffs, said Wednesday that the lawsuit is meant to correct a “historical mistake.”

“Thirty years ago the people of Maine were told that they must live under a law that passed a century before the birth of Thomas Jefferson, and that locked away thousands of miles of the Maine coast,” Ford said. “The Maine Supreme Court’s decision in the so-called Moody Beach cases has led to nothing but confusion, conflict, and ridiculous litigation over whether seaweed is more like a worm or a tree. This mess was created by lawyers and judges and it needs to be fixed by lawyers and judges.”