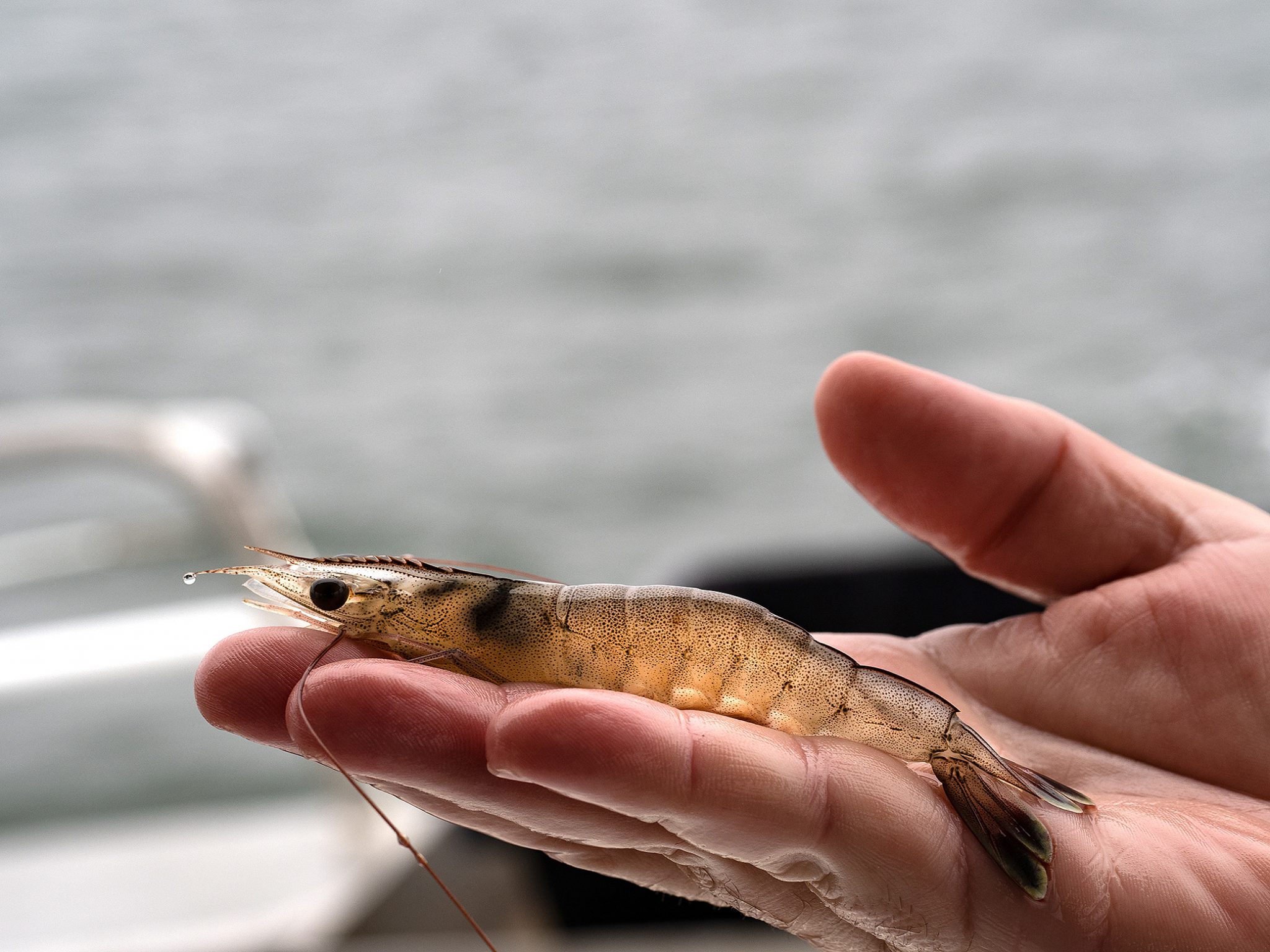 White shrimp are steadily moving into the lower Chesapeake and its rivers. “We started picking up shrimp pretty consistently five or six years ago, more and more of these larger shrimp,” said Joe Rieger, deputy director of restoration for the Elizabeth River Project.

Large white shrimp—the kind that might star in a white-wine scampi—have been riding warmer waters into the Chesapeake Bay in growing numbers. Their increased presence could be the first culinary boon of climate change in the region (invasive blue catfish notwithstanding).

Though this larger shrimp species, commonly known as white shrimp or Gulf white shrimp, has historically been in the region, waters off the mouth of the Chesapeake Bay were until recently not warm enough to host large numbers of them, according to the National Oceanic and Atmospheric Administration’s Fisheries Service. Warmer ocean temperatures over the last decade have been pushing the species more often associated with North Carolina fisheries farther north. Those numbers are now large enough to sustain a nascent commercial fishery off Virginia’s coast.