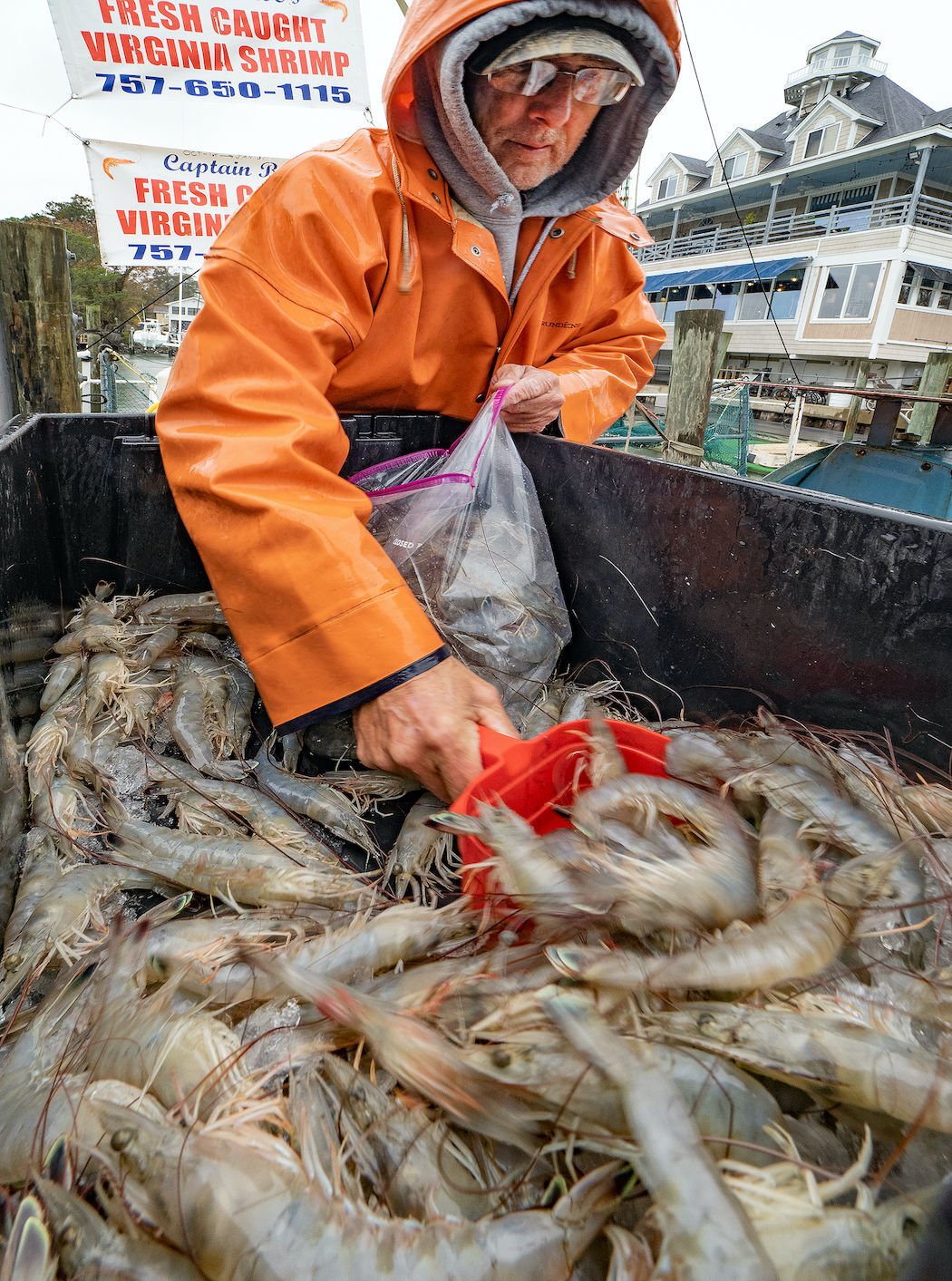 Large white shrimp — the kind that might star in a white-wine scampi — have been riding warmer waters into the Chesapeake Bay in growing numbers. Their increased presence could be the first culinary boon of climate change in the region (invasive blue catfish notwithstanding).

Though this larger shrimp species, commonly known as white shrimp or Gulf white shrimp, has historically been in the region, waters off the mouth of the Chesapeake Bay were until recently not warm enough to host large numbers of them, according to the National Oceanic and Atmospheric Administration's Fisheries Service. Warmer ocean temperatures over the last decade have been pushing the species more often associated with North Carolina fisheries farther north. Those numbers are now large enough to sustain a nascent commercial fishery off Virginia’s coast.

“I saw ’em when I was a kid, but it seems like there are more and more,” said Bob Crisher who, with his business partner Dave Portlock, was the first to get an experimental permit to trawl for shrimp in Virginia waters. The pair have been spending their winters bringing them in ever since.

This year, Crisher is one of a dozen fishermen hauling in boatloads of shrimp — which they call “green-tails” — to be sold fresh off their boats at Virginia Beach docks from Oct. 1 to Jan. 31. Though restrictions on trawling don’t allow such commercial harvesting inside the Bay, the shrimp are likely spending much of their life in Chesapeake waters before heading to the ocean in the late fall and early winter.

The Virginia Institute of Marine Science has been tracking the increased presence of Penaeid shrimp (a category that includes white, brown and pink shrimp) in the Chesapeake through surveys since 1991. White shrimp are by far the most abundant in the Bay. And, starting in 2016, the trawl surveys began to bring in “orders of magnitude” more shrimp — from about 41 shrimp in 1991 to 5,809 shrimp in 2016, according to a 2021 paper on the subject. High numbers of shrimp were picked up not only near the mouth of the Bay but also in Virginia’s James, York and Rappahannock rivers.

“When you see changes like that, it’s indicative of climate change,” Troy Tuckey, a senior research scientist with VIMS, said of the shrimp numbers. Warmer waters have in the past meant, “we get manatees and things like that, odds and ends. But this is the first one that’s taken hold and has some benefits in terms of food and employment.”

The Elizabeth River Project and Chesapeake Bay Foundation also have been trawling in the Lafayette and Elizabeth rivers near the mouth of the Bay at least twice a year for about a decade to survey species.