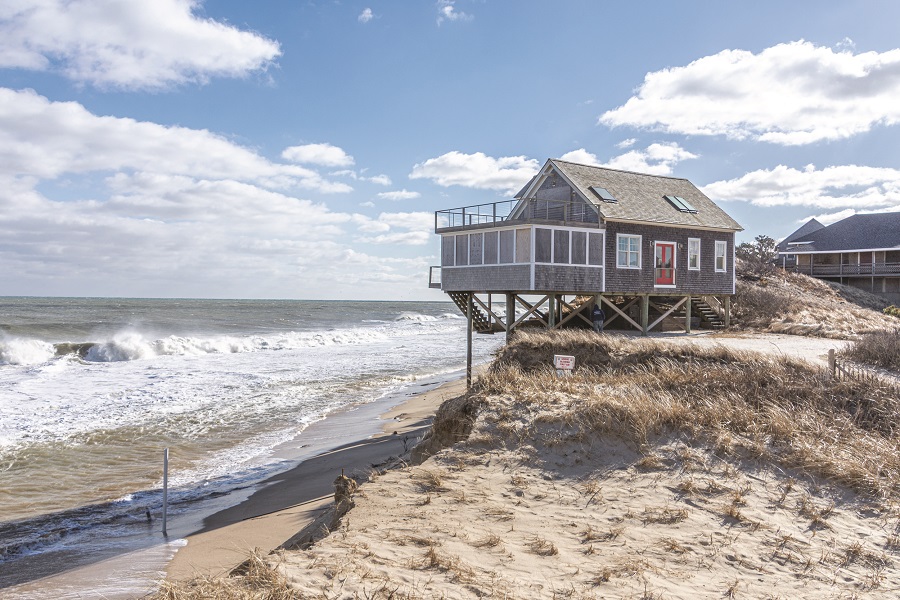 TRURO — It took five months and a handful of major tweaks, but the zoning board of appeals voted Monday to allow Tom and Kathleen Dennis of Springfield to move the building they call the “Boathouse” from its original location at 133 South Pamet Road to a nearby property they recently purchased at 127 South Pamet. The approval came with a handful of conditions.

Among them is that the Boathouse be moved by June 10; that it not be connected to utilities or given an occupancy permit until an existing studio at 127 South Pamet is removed; that the studio be gone by Oct. 15; that no short-term rentals of the property take place after this summer; and that the Dennises comply with all conservation commission requirements.

The Dennises purchased 127 South Pamet on Dec. 17 for $2.34 million with the intention of using it as the new site of the Boathouse, which was already teetering on the bluff. Before they could secure the necessary permits, a January storm forced its emergency relocation to a spot straddling the rear of 133 and a neighbor’s property, where it has remained while the Dennises continued to seek permission for the move to 127. The entire area is inside the Cape Cod National Seashore.

The biggest obstacle has been the town’s zoning bylaw, which prohibits more than one dwelling per lot. The 127 South Pamet property already has a house on it as well as a “habitable studio,” which was added in 2007 and is classified as an “accessory building,” not a dwelling.

At a hearing in January, Ben Zehnder, the Dennises’ lawyer, suggested that the kitchen could be removed from the Boathouse to make it an accessory building rather than a dwelling. Lauren McKean, the National Seashore’s planner, objected that the property already had one accessory building; only one is allowed.