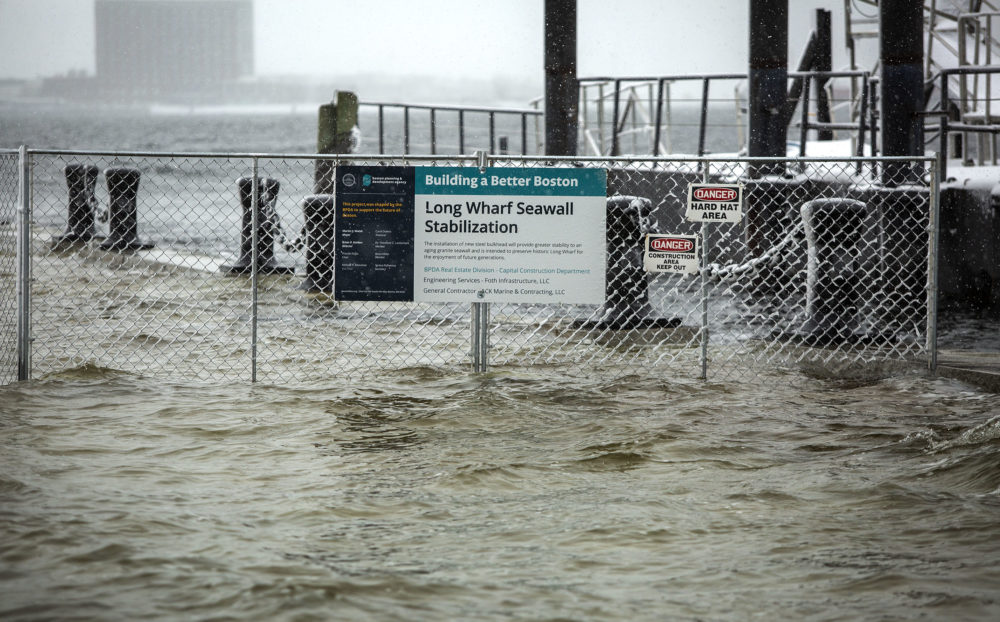 The sea level around Boston crept up 9 inches in the 20th century. Driven by climate change, that pace is increasing, and expected to add 9 inches over the 2016 level by 2030.

As a result, Boston ranks eighth in the world among metropolitan areas in expected economic losses from coastal flooding, estimated at $237 million per year between now and 2050.

To cope with this threat, the city released coastal resilience design guidelines last year. Now Boston's planning agency wants to require both new developments and renovated buildings to comply with them.

Through a proposed zoning overlay district aimed at areas vulnerable to flooding, developments larger than 20,000 square feet will face a new step in the the Boston Planning and Development Agency's (BPDA) review process.

Agency Director Brian Golden said that, while some developers are already incorporating climate resiliency into their buildings, the proposed zoning requirements aim to raise the bar for developers doing just the bare minimum.