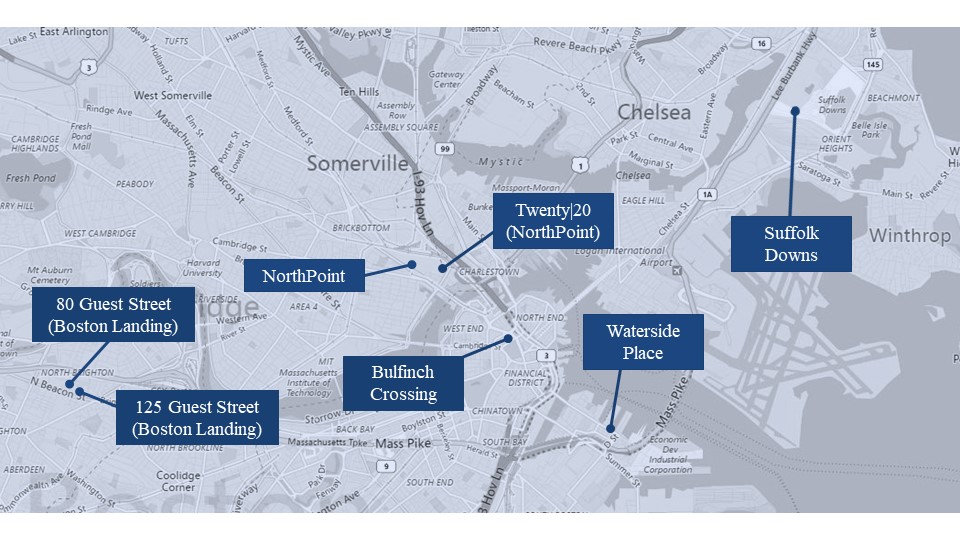 MA - This $8 billion development was designed to survive rising seas

When developers at HYM Investment Group started planning a major urban redevelopment at the former Suffolk Downs racetrack near Boston Harbor, they knew they had to plan around water.

The site is surrounded and even intersected by flood potentials—Sales Creek runs through the middle of the former racetrack, Chelsea Creek runs alongside it, there’s an adjacent tidal marsh, and, perhaps most significant, the Atlantic Ocean is less than half a mile away. These are known risks, and some measures have already been taken to prevent floods, including the use of tide gates and a 40-year-old pump station.

The developers knew these preexisting protective infrastructures had limits. But they didn’t know what those limits were, or how big a problem flooding could be. The best available flood maps for the 161-acre site, and for most places in the U.S., are flood insurance maps produced at the county level for the Federal Emergency Management Agency, and these are notoriously inaccurate.

To find out exactly what kind of future risks the site faced, HYM commissioned one of the most extensive hydraulic models ever created for an individual development. The resulting model has taken into account the various factors that will likely make water levels rise around the world, from heavy rainfall events to surging tides to inevitable sea level rise. With this information, the 16.2 million-square-foot Suffolk Downs project has been designed specifically to avoid flood damage and manage the waters when they come.