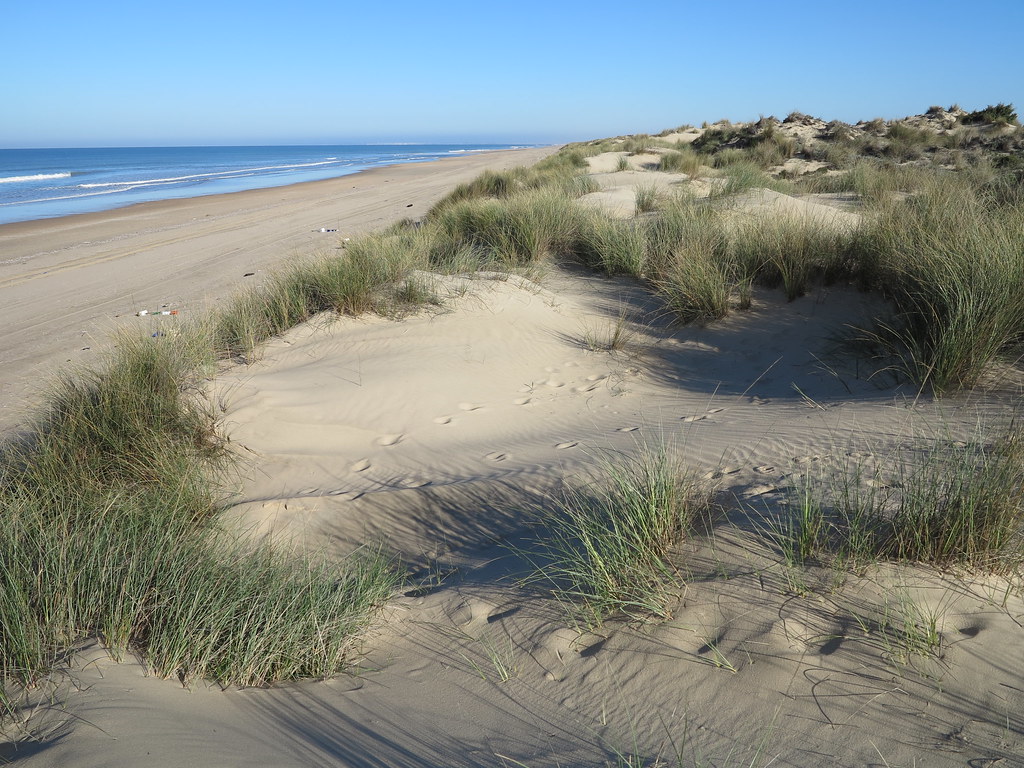 Resilient Woods Hole, a group working to prepare Woods Hole for the impacts of climate change, has received state money to pay for a feasibility study for dune restoration at Stoney Beach.

Although a plan is not yet in place, a restoration effort would likely include removing the decrepit tennis courts just behind the beach's small existing dunes.

The old tennis courts, which have not been in use for many years, lie a stone's throw from the water's edge. Any nonpermeable surface (like a tennis court hardtop) accelerates water flow in the event of coastal flooding, Mr. Speer said.

Although plans for the dunes are yet to be determined, Mr. Speer said it is very likely that the old tennis courts will be removed and replaced with a natural surface. He also said the parking lot might be reoriented.

In addition to protecting the village from flooding, restoring the beach's dunes will improve the look of the beach, Mr. Speer said.

Mr. Speer said the Woods Hole Group, an environmental consulting organization, would conduct the feasibility study. He did not know exactly when the study would begin, but expected it would be soon.