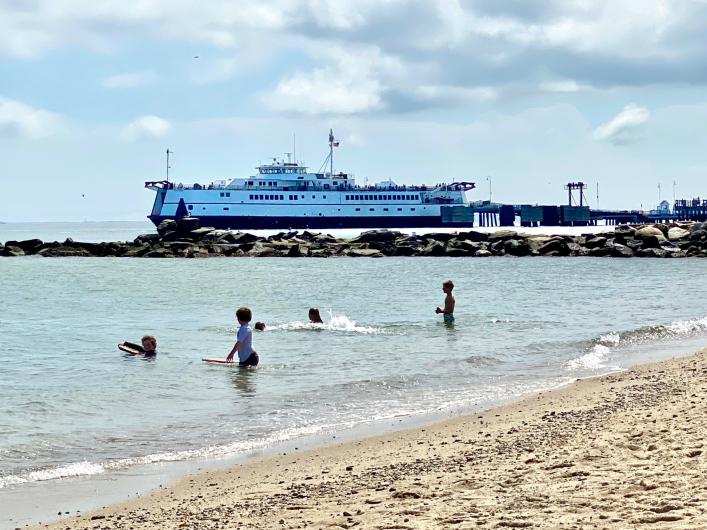 The ongoing waterfront redevelopment project along the North Bluff in Oak Bluffs got a major boost Tuesday with the announcement from Gov. Charlie Baker that the town will receive $1 million in state grant money for further infrastructure improvements.

In total, nearly $8 million in state Seaport Economic Council grants will go to support 17 maritime projects across the commonwealth, the Baker administration said in a press release.

The town of Gosnold will also receive $425,000 to convert a Coast Guard boathouse on Cuttyhunk to a visitor welcome center for tourists arriving by ferry and recreational boaters.

“These grants are investments in a commonwealth and a workforce on the rise,” Lieut. Gov. Karen Polito said in the press release.

The North Bluff project in Oak Bluffs dates back for years and began in 2008, after a portion of the seawall at the town beach collapsed.

In 2016, with the aid of state grant money and Community Preservation Act funds, the town set out to rebuild the seawall with a pedestrian boardwalk on top of it. Renourishment of the beachfront soon followed, using sand dredged from Sengekontacket Pond and funded by the state’s Municipal Vulnerability Preparedness program action grant. Most recently, new wooden groins were installed, and this summer 2,000 native rosa rugosa bushes were planted along the bluff.

The project is also seen as a coastal climate resiliency project to help the town address sea level rise and stronger storms.