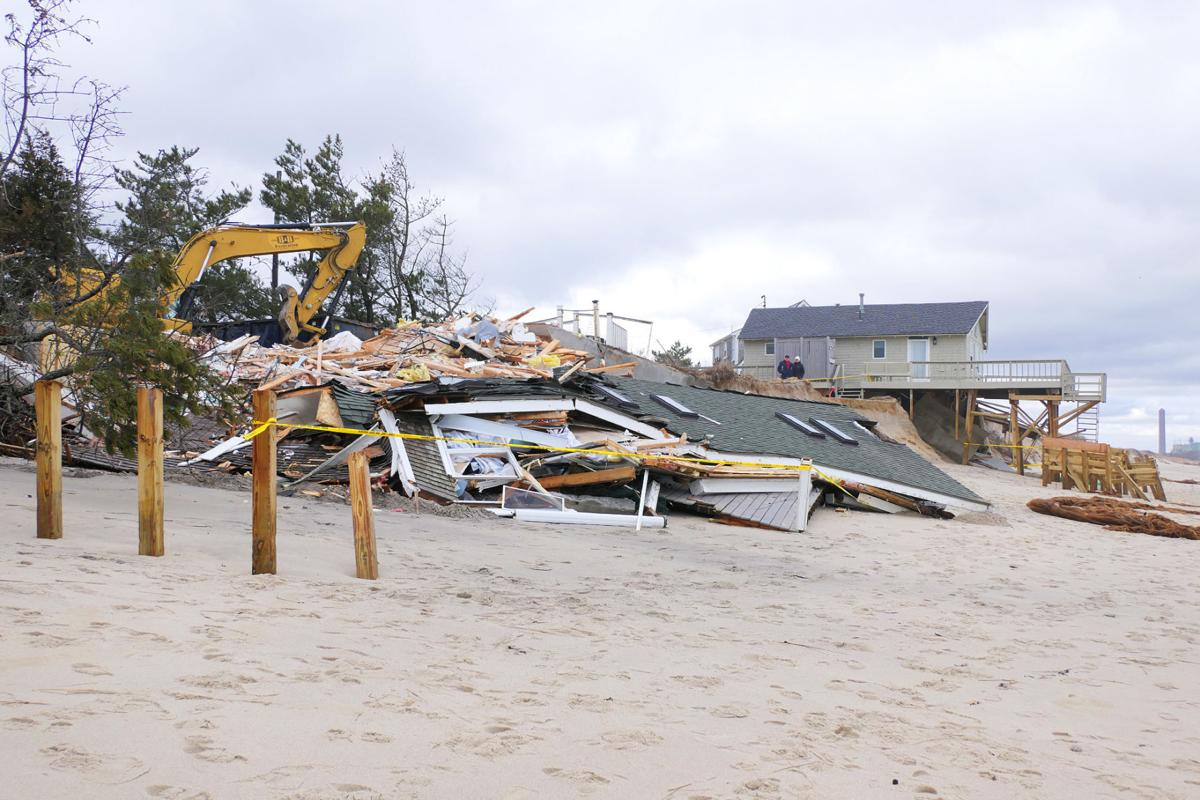 In the midst a detailed, fact-filled draft letter to the US Army Corps from the Sandwich board of selectmen, one sentence dramatically underscored the town’s urgent need for federal help.

“Over the last month, four private homes on Spring Hill Beach have toppled onto the beach and been destroyed as drastic erosion continues to place public and private property in peril,” the letter said.

It also laid out the history of Sandwich’s plight and gave a clear-eyed look at the future.

“As you know, for more than two decades the Town of Sandwich has been relentless in our pursuit of solutions to address ongoing beach and dune erosion and coastal sustainability issues that have adversely impacted our community, especially at Town Neck Beach,” the letter said.

“With heightened climate change conditions, these continued erosional pressures have reached a critical stage resulting in unacceptable risks to important town services, property, and infrastructure, as well as scores of private homes.”

Town Manager George H. (Bud) Dunham is hoping many more such letters will be drafted by other and sent to the Army Corps in the next few weeks—the public comment period set aside by the Corps before the agency determines if—and how—to help refurbish Town Neck Beach.

By Wednesday afternoon, Mr. Dunham had written similarly worded draft letters of support and sent them to Sandwich’s federal and state legislators and the Barnstable County Commissioners. He has asked that the letters be tweaked and forwarded to the US Army Corps before the April 2 deadline.