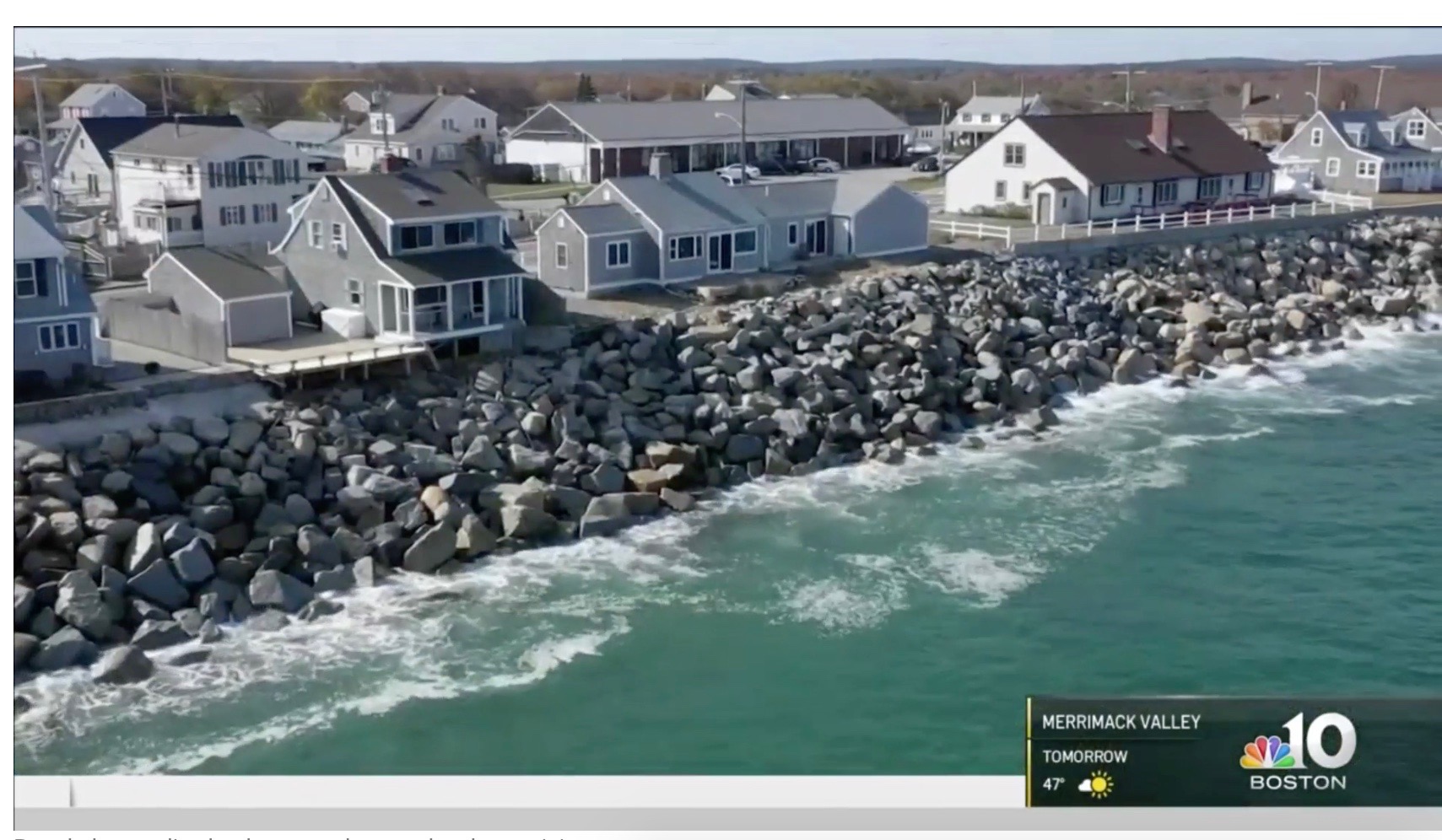 MA - Rising Seas: Time for Mass. Towns to Retreat From the Coast?

As climate change reshapes the coastline, some towns are weighing whether to protect vulnerable waterfront homes or encourage the owners to leave. Environmental experts say it's a choice all coastal communities will face.

In New England, people love to live by the water.

But with rising sea levels and coastal erosion, those beautiful views come with a tradeoff: more frequent and severe storm damage, thanks to climate change.

So when is it time for communities to consider a retreat from the coast?

The NBC10 Investigators looked into the controversial strategy, known as "managed retreat," and spoke with environmental experts who believe it will eventually be coming to an eastern Massachusetts town near you.

Meaghan Desmond describes herself as an "ocean girl." She grew up in Scituate and longed for a return to the water.

So when a coastal property popped up for sale in the Ocean Bluff neighborhood of Marshfield, Desmond jumped at the opportunity. The veterinarian could live just a few minutes from her job at the Marshfield Animal Hospital and return home every day to a stunning panoramic view of the water.

"I knew right away this was my spot," Desmond told NBC10 Boston.

When it comes to rough weather along the coast, Desmond knew what she was getting into. Along with the beautiful vistas, there would be the tradeoff of damaging storms.

In fact, Desmond moved in early 2018, just as a series of nor'easters battered the South Shore.

"When the town you live in takes precautions and does routine maintenance, it makes things survivable," she said.

But a revetment barrier built in the 1930s along Ocean Bluff Beach is showing its age. Desmond pointed to large boulders that have been moved from powerful storm surge. Water has seeped behind the revetment, eroding sand and causing sinkholes.

A few houses down, Dan Fennelly walked along the sand and showed rocks that had fallen into the water. He believes the barrier's state of disrepair is putting all the neighborhood's oceanfront properties at risk.

"If nothing is done to the revetment, we feel they are all in danger," said Fennelly, who bought his home several years ago as a potential permanent retirement location.