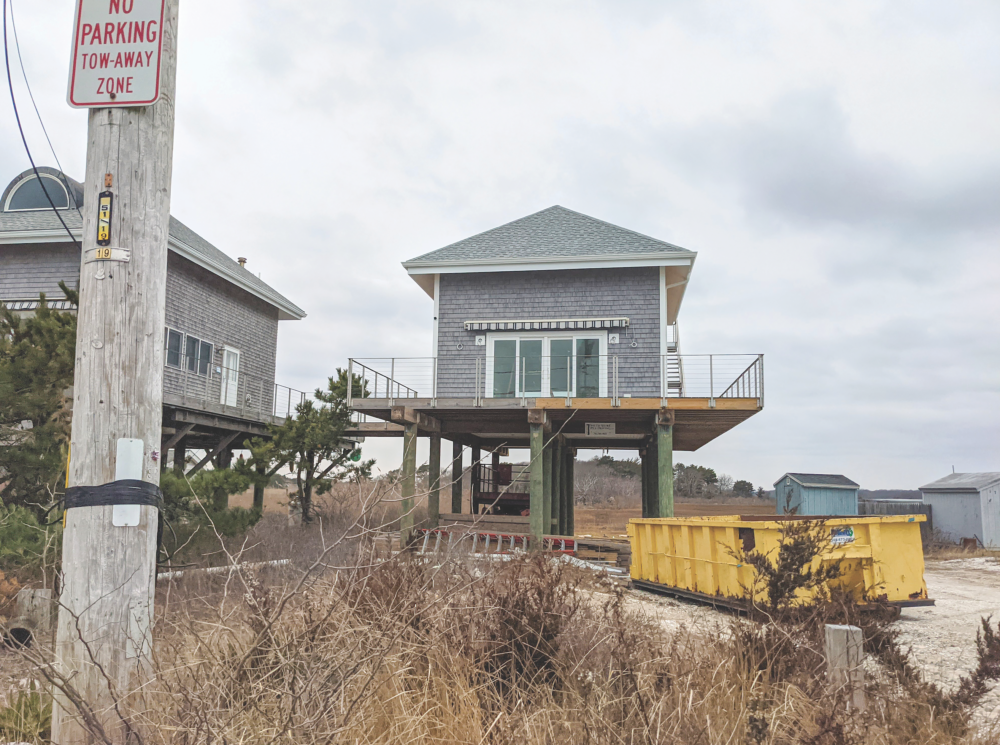 A new report from an environmental nonprofit finds that Massachusetts' southern coast will see increased flooding and erosion, as well as more destructive bombardment from storms. The report, from the Trustees of Reservations, says that sea levels along the South Coast are projected to rise over two feet by 2050.

The Trustees is the largest private owner of coastal land in in Massachusetts, overseeing 120 miles of coastline. In 2020, after seeing increased flooding and erosion on their properties, the group began to produce annual reports on the current and expected effects of climate change on the Massachusetts coast.

Their first report looked at the North Shore; the 2021 report covered Martha's Vineyard, Nantucket and Gosnold; this year's focuses on the 14 South Coast towns that border Narragansett Bay and Buzzards Bay.

Like previous reports, the latest predicts big climate change impacts on these towns over the next few decades. Here are five takeaways:

New Bedford has a hurricane barrier that works really well.  But that ain't gonna last.

After being battered by hurricanes in 1938, 1944 and 1954, engineers built a harbor barrier to protect the Port of New Bedford, the most prosperous seafood port in the country. The barrier keeps water in the harbor at a level that protects infrastructure from flooding; when a storm threatens high water, the Army Corps of Engineers closes the gates. In 2019, they closed the barrier 26 times.  With projected 2050 sea level rise, they'll have to close the barrier at every high tide — that means 1-2 times a day.

"That's clearly not doable for a working port, it's not sustainable," said Cynthia Dittbrenner, director of Coast and Natural Resources at the Trustees of Reservations.

The New Bedford Port Authority and the Town of Fairhaven are looking at ways to make critical infrastructure in the harbor more resilient to flooding, either by raising, moving or replacing it.