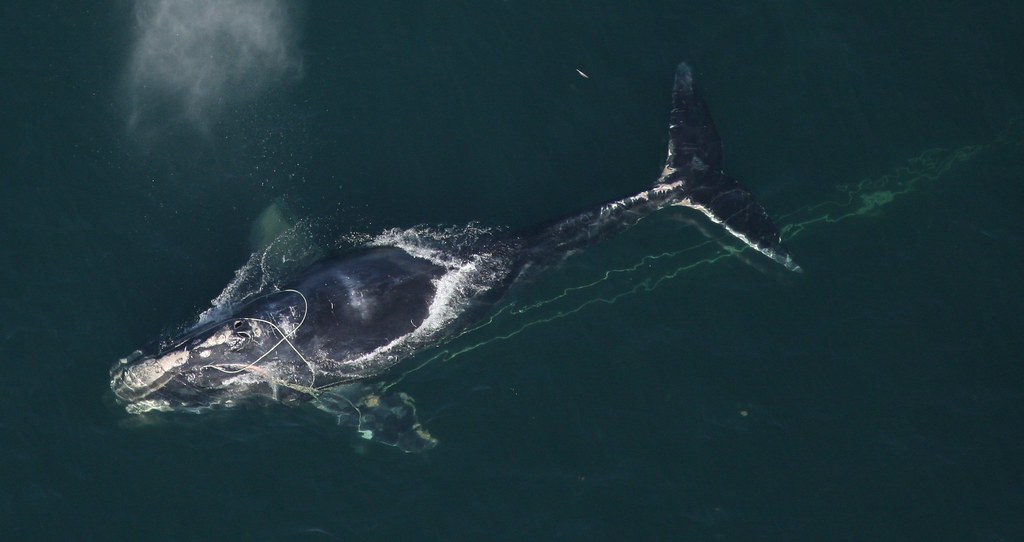 The global North Atlantic right whale population has continued its downward turn, declining to an amount not seen since the early 2000s, according to a new report by the North Atlantic Right Whale Consortium.

The organization, which produces an annual report on the population of the North Atlantic right whale, found that about 340 whales existed in 2021 — a drop of about eight from the estimated population in 2020.

“These whales need to be protected throughout their range,” Heather Pettis, executive administrator of the North Atlantic Right Whale Consortium, told the Gazette by phone this week.

The annual report on the right whale population is conducted using a breadth of available sighting data and the help of a model which estimates the population within a handful of living animals, Ms. Pettis said.

“It’s able to account for whales that [go] in and out of the population,” she said. “We’re using the most updated data available.”

A consortium of organizations along the Atlantic coast conduct flights to spot and identify right whales throuhghout the year.

In the report that came out last week, scientists detailed the grim news. Only 15 right whale calves have been born in 2022, less than the 18 born in 2021 and significantly fewer than the average of 24 calves born per year in the early 2000’s. Scientists added that the group of new calves included no new first-time mothers, which they said supports findings from a new paper that shows a downward trend in the number of female right whales capable of breeding. Recent research has also shown that right whales are getting smaller, in part due to frequent entanglements. Their declining body size has led to female right whales producing fewer calves, the research stated.

In 2022, five whales have been spotted entangled in fishing gear, and at least five others have been injured by it, causing wounds and scars, scientists said. There has been one detected vessel strike to a right whale in 2022.

The 2021 population data was presented last week at a meeting of the North Atlantic Right Whale Consortium in New Bedford. Ms. Pettis said the report is useful for the scientific community in understanding the health of the right whale population, and evaluating next steps for its protection.

“It’s a lot of sharing of ideas and research,” she said. “Sort of motivating where we go next.”