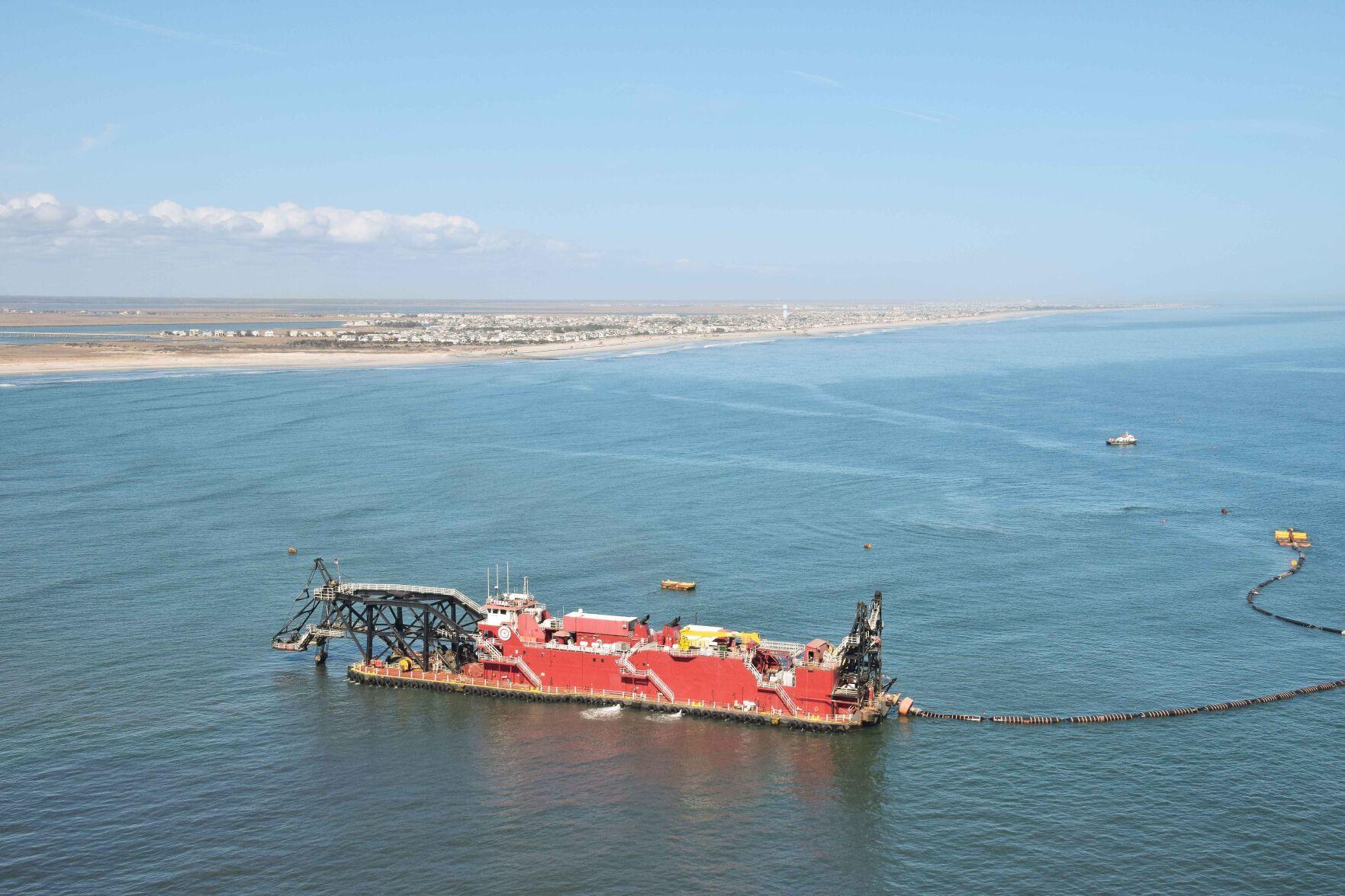 The U. S. Army Corps of Engineers plans to spend taxpayer dollars to identify alternative sources of sand for beach replenishments in municipalities that could be easily and more cheaply served with sand from Hereford Inlet. They will do it because the U. S. Fish and Wildlife Service, a part of the Department of the Interior, has interpreted a 1982 federal statue so strictly that it allows no room to account for local circumstance.

The statute that Fish and Wildlife uses as the basis for its restriction on the use of federal funds for mining Hereford Inlet sand is the Coastal Barrier Resources Act (CBRA). The act designates certain coastal areas as ineligible for direct or indirect federal expenditures. The intent was to discourage development in these areas.

Proposed by Representatives Thomas Evans, Jr. (R Del.) and Senator John Chafee (R RI), the act had two significant goals. It would reduce the potential loss of life in areas vulnerable to storm surges and hurricanes and it would prevent the wasteful expenditure of federal resources.

By restricting access to the Hereford Inlet sand, the Interior Department is violating both of these avowed CBRA goals.

It is stopping the Army Corps from using the most readily available sand source to meet the federal government’s stated obligation to replenish beaches and dunes as a protection of property and lives in an area vulnerable to threats of Atlantic storms.

Prior to 2016, the Interior Department routinely granted a waiver. Our Washington delegation, including both senators, needs to push for a sensible local waiver.

By forcing the Corps to spend additional resources to locate new sources of sand further out to sea while meeting its immediate obligations through the pumping of sand from Townsends Inlet all the way to Stone Harbor beaches, the Interior Department has encouraged and abetted the waste of federal resources.

So why are we in this predicament?

One reason seems clear. The tendency of the federal government agencies to see all issues as universal and all solutions as applicable in all circumstances. This is more than just politics. It goes to a tendency in so many federal regulations to remain blind to local circumstance.

Here we have an inlet that is continuously inundated with sand as the result of natural wave action. The Stockton University Coastal Research Center has verified the sand flow and the natural accumulation of sand at the inlet. The sand buildup actually has become a threat to navigation in the inlet.

In short many purposes would be served by using this sand as part of an every three or four year federal beach replenishment effort. It would allow the Army Corps to meet its obligations as part of its Coastal Storm Risk Management Project initiated in 2002 and it would improve navigation is a heavily traveled inlet. All this while natural wave forces put that sand right back in the inlet for future use.

Prior to 2016 the Interior Department routinely granted a waiver for the use of the sand by the Army Corps. Then in 2016 its interpretation of CBRA changed and waivers were denied. Administrations changed and in 2019 Interior Secretary David Bernhardt issued a letter that reversed the Fish and Wildlife position.

The National Audubon Society immediately filed suit based on stated fears over what a relaxation of the CBRA interpretation would mean in North Carolina and other areas. The local circumstances concerning a dangerous buildup of sand in one New Jersey inlet and the good reasons for using that sand to protect people and property in nearby coastal areas were lost in the shrill of debate over national policy. If something is not good in North Carolina, it cannot be good in New Jersey is how the distant Audubon Society saw it.