Northeast
The storm surge from a March 2018 nor'easter pushed over the sea wall at Long Wharf, and it wasn't even high tide. David L. Ryan / Globe staff / File 2018 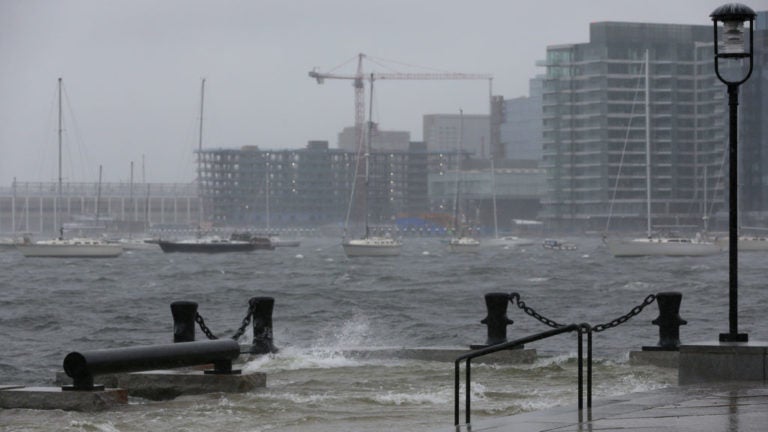 MA - Q&A with BPDA: How to Protect Boston Housing from Climate Change

With ocean waters rising and tidal storm surges growing both more frequent and more forceful, this century promises to be a challenging one for a coastal city with centuries-old architecture built mere feet above sea level.

To its credit, Boston is facing down that forecast on two fronts: trying to slow climate change by reducing carbon emissions, and fortifying the city to protect life and property from the worst of its impacts.

After UN scientists last year said they expect sea levels to rise even faster than previously predicted, the latter strategy is taking on new urgency. Plans to make the city more resilient to coastal flooding include large-scale defenses such as sea walls, elevated parks and roadways, and living shorelines that can absorb surging tidewaters. But other strategies are meant to be implemented at the building level, particularly in areas most vulnerable to future flooding.

Building off the work of Climate Ready Boston, the city’s climate-change preparedness initiative, the Boston Planning and Development Agency created design guidelines to help homeowners and developers make their properties more flood-resistant. The guidelines are especially geared toward properties within a newly identified “zoning overlay’’ district — areas of the city likely to be at risk of flooding in the year 2070, assuming 40 inches of sea level rise. The overlay map includes portions of nearly a dozen neighborhoods, from East Boston to Dorchester.

New construction in this zoning overlay district may need to meet certain climate-resilience standards. For example, critical mechanical systems, like furnaces and boilers, electric panels, air ducts, and hot water heaters, would need to be located above the estimated elevation of a 100-year flood in the year 2070, or protected in place by flood-proofing measures.