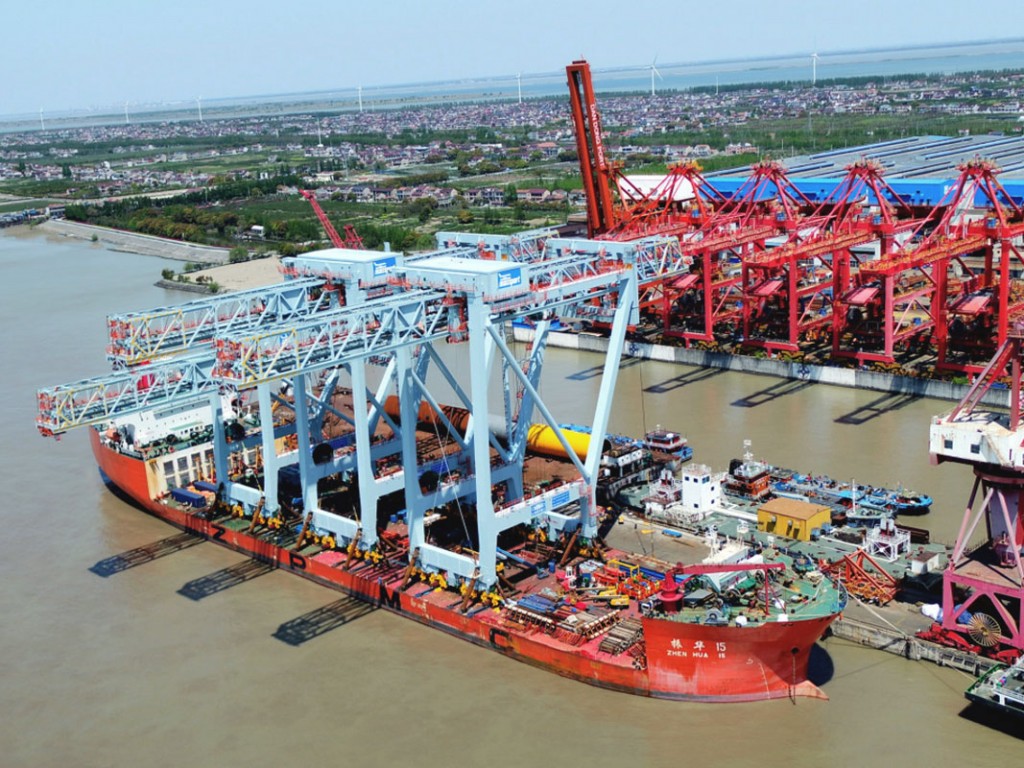 With a trio of new neo-Panamax cranes on their way, a recently completed 50-foot-depth berth and a soon-to-be-finished deeper harbor, the Port of Boston is preparing to enhance its position as New England’s preferred global gateway with capabilities for adeptly accommodating megacontainerships from Southeast Asia and other key worldwide markets.

“The Port of Boston is putting the final pieces in place to be able to efficiently handle vessels with capacities of as many as 14,000 twenty-foot-equivalent units, to the great benefit of importers and exporters – and consumers – throughout New England,” Mike Meyran, port director of the Massachusetts Port Authority, told AJOT.

As more than $850 million in investments come online, with boosts from federal and state funding, New England’s only full-service container terminal is nearly big-ship ready.

Multiple enhancements, including the new Berth 10 with 50-foot alongside depth, are already completed at the port’s Conley Container Terminal, where the three neo-Panamax gantries, en route from China, are expected to be in operation this fall. The harbor deepening project is ahead of schedule, with its full completion anticipated next year. As these improvements near completion, Massport is grateful for Conley’s loyal customers.

Neo-Panamax cranes on their way

The three low-profile neo-Panamax cranes left the manufacturing facility of Shanghai Zhenhua Heavy Industries Co. Ltd., or ZPMC, in mid-April and are to arrive via vessel at the Port of Boston in June, with commissioning scheduled for September.

With lifting heights as high as 160 feet and able to reach across widths up to 22 containers, the new cranes are designed to capably work 14,000-TEU-capacity ships. They are to join six somewhat smaller ship-to-shore cranes already in place at Conley Terminal, New England’s only full-service facility for maritime commerce.

Last year’s completion of the 1,250-foot-long deepwater Berth 10 is the latest of several Conley Terminal improvements. Earlier, the terminal added four new rubber-tired gantries, or RTGs, for proficiently moving containers within the facility, and it has implemented an expanded system of racks for refrigerated containers. Also, backlands have expanded to 130 acres from 100 acres, while a $75 million dedicated truck roadway was established in 2017, furnishing a direct link with the Interstate highway system while taking trucks off neighborhood streets.

A renovated gate complex, including upgrades to the Tideworks Technology terminal operating system to accommodate future implementation of an appointment system for trucks, should further efficiencies in moves in and out of Conley Terminal. The terminal, which is virtually free of congestion, already offers typical truck turn times of 30 minutes while providing highly personalized customer service.