Northeast
via American Journal of Transportation 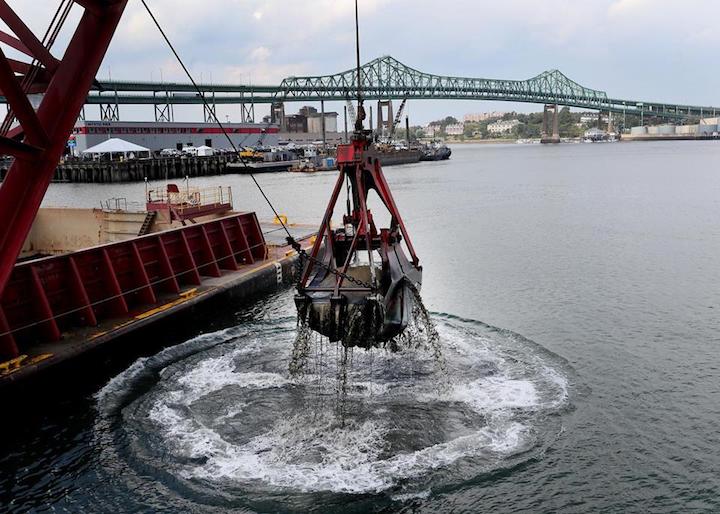 The United States Army Corps of Engineers and Massachusetts Port Authority (Massport) have announced that Phase II of the Boston Harbor Dredging Project is complete and ahead of schedule by nearly one full year.

The U.S. Army Corps of Engineers, partnering with Cashman Dredging Inc. and Dutra Group, have worked 365 days a year, 24 hours a day, since July 2018 to complete this second of three deepening contracts to deepen the Harbor.

The project is a $350 million partnership between the U.S. Army Corps of Engineers, the Commonwealth of Massachusetts, and Massport. The first contract, maintenance dredging of the inner harbor and construction of a Confined Aquatic Disposal cell, was completed in December of 2017. The current and second contract, deepening of the main ship channels, began in July 2018 to accommodate the large container vessels calling today and in the future. The third and final contract, which will remove hard rock to complete the deepening, is scheduled to be awarded in January 2021.

“We look forward to awarding the final phase of the Boston Harbor Deepening Project,” said Col. John A. Atilano II, Commander, U.S. Army Corps of Engineers, New England District. “Our partnership with Massport and all of our stakeholders has made this project a success to date, allowing us to start the final phase almost a year ahead of schedule. The ability for larger vessels to call on Boston is critical to New England’s economy and supports USACE’s core navigation mission.”