Northeast
A fisherman tests his skills from the shoreline at Fort Smallwood Park as the sun rises over the Chesapeake Bay on Wednesday morning, August 12. (Brian Krista/Baltimore Sun Media Group) 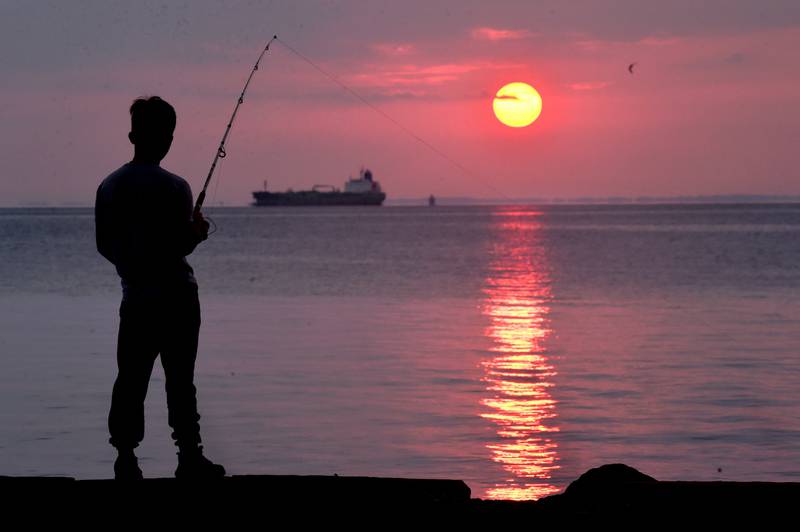 Throughout the Chesapeake Bay and its watershed there are natural filters working for free to clean the water and provide habitat. Trees, oysters and wetlands are among the most important.

But we don’t have enough. And we’re at the point in the Chesapeake Bay cleanup where these filters are desperately needed. Pollution from stormwater runoff — the nitrogen and phosphorus being washed off our roofs, roadways, and lawns — is on the rise. Stormwater is now the second largest source of bay pollution in the state after agricultural sources. Both agriculture and stormwater pollution could be reduced with targeted investments in natural filters.

At the Chesapeake Bay Foundation (CBF), we hope the Maryland General Assembly will kick-start the bay cleanup’s next phase by passing legislation to put more natural filters in the bay, on farms, and in our cities and towns. Doing so would help the state transition from the nearly completed work of upgrading the state’s wastewater treatment plants to addressing the diffuse sources of polluted runoff coming from the land.

This year, CBF will be advocating for bills that will improve coastal resilience, expand oyster aquaculture, strengthen forest protections and plant trees.

On the forest front, CBF is asking legislators to reverse the long-term decline and fragmentation of forested land in the state. A study released in November by the Harry R. Hughes Center for Agro-Ecology at the University of Maryland, which used high resolution imagery to map forest loss, found Maryland lost more than 19,000 acres of forest from 2013 through 2018, the majority due to development. Thousands more acres of connected forest habitat were fragmented and left susceptible to further loss.

Continuing forest loss will make it more difficult for Maryland to insulate itself against climate change. Forests naturally sequester carbon, soak up water and prevent flooding, provide habitat, and filter air and water. Lawmakers can help address the issue by updating the state’s outdated Forest Conservation Act, which passed in 1991, to better protect large blocks of contiguous forest and to ensure more trees are planted after being removed. Combined with other efforts, legislators should aim for a policy that achieves a net gain of forests and tree canopy.

On agricultural land and in cities, planting new trees is among the most cost-effective ways to reduce polluted runoff. Multiple studies have shown trees strengthen neighborhoods by reducing air pollutants and heat islands, as well as improving residents’ mental health. Legislators should look for ways to bolster community-supported tree plantings, including by fully funding the state’s ongoing 5 Million Tree planting program.

To upgrade Maryland’s shorelines against the threat of rising sea levels, we urge lawmakers to consider legislation to prioritize construction of living shorelines. Living shorelines are composed of natural materials including plants and sand. Unlike hardened shorelines such as rip rap or bulkheads, these natural areas attract marine life and serve as needed shoreline habitat. The plant roots in a natural shoreline act like rebar, helping to bolster it and absorb wave impact, which makes the shoreline more resilient against storms, flooding and erosion compared to hardened approaches. Living shorelines also preserve beach access to the bay.

Despite the scientifically proven benefits of living shorelines and Maryland law requiring their consideration, the Maryland Department of the Environment grants the majority of waiver requests that permit hardened shorelines instead. This year, we’re hoping legislators limit the widespread use of waivers and identify priority areas where linked living shorelines would provide significant ecosystem benefits. CBF is also recommending the state restart a previously successful government program that provided financial assistance to property owners who replace a hardened shoreline with a living shoreline.