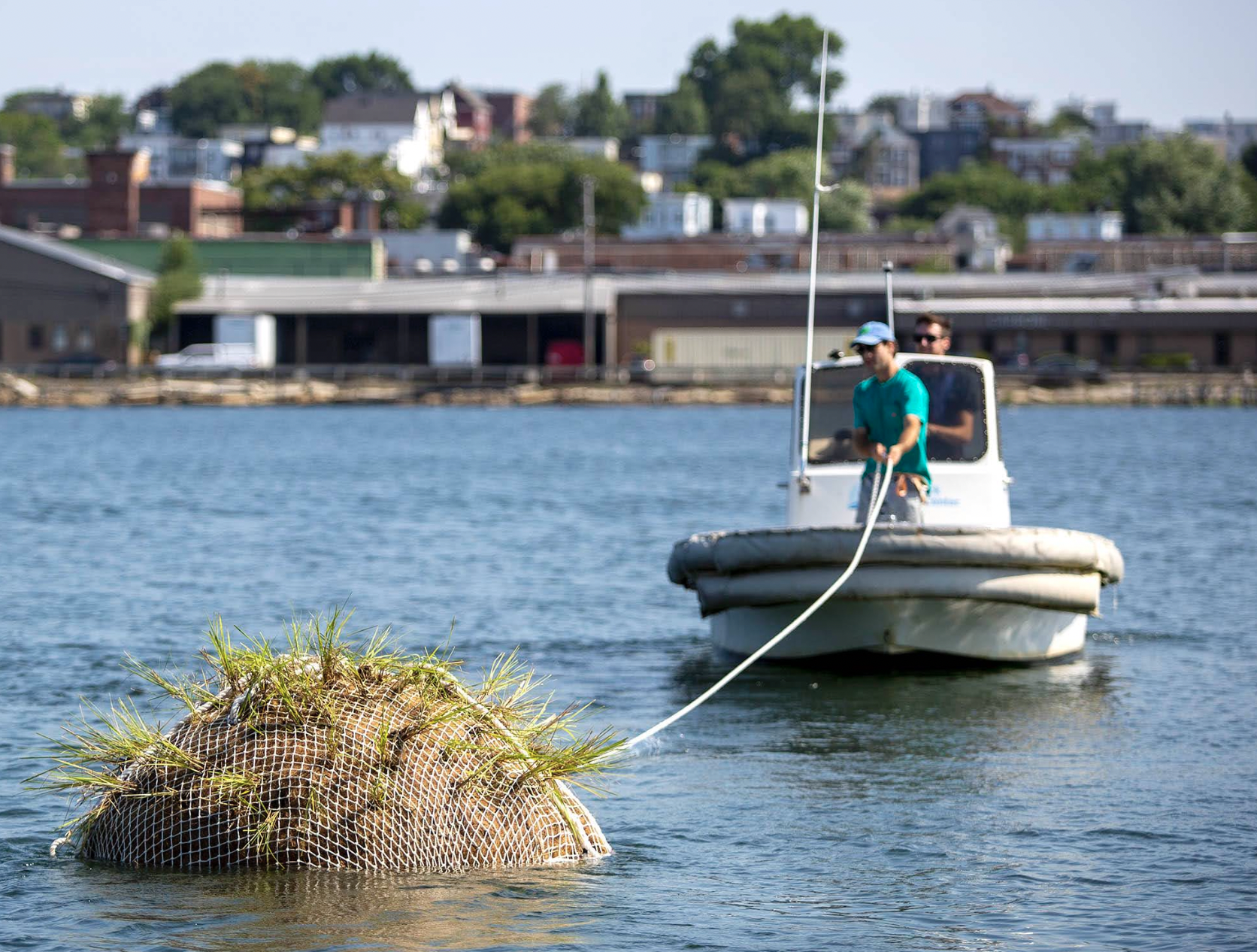 MA - One idea to reduce coastal flooding in Boston: create an artificial wetland

Chained between rusty beams on Chelsea Creek in East Boston is a big, floating ball of plants.

It's made of wood chips encased in coconut fiber and netting, with marsh grass growing on top and seaweed underneath. And it's heavy; the pod weighs in at about a ton when waterlogged.

This bobbing ball is part of a test run for a new climate resiliency project: The Emerald Tutu. It's a system of floating wetlands designed to reduce coastal flooding by knocking down waves. Boston is projected to see increasing flooding in the coming decades because of climate change.

“Fundamentally, it’s like a giant sponge that fits around urban coastlines like we have here in Boston,” said Gabriel Cira, the project lead. “It buffers those coastlines from the intense effects of coastal storms.”

Of course, the actual function of the Tutu is a bit more complicated than the sponge in your kitchen sink. In theory, hundreds of individual pods would be linked together and anchored to the ocean floor. When waves come through, they would hit these clusters first, lose energy, and then come to shore smaller and with less force.

Because they're made of individual plant-balls, the system can also adapt to different kinds of shorelines.

“We can add more, we can add less, we can pull them closer together, we can move them further apart,” said Julia Hopkins, a coastal engineer and the project’s lead scientist. “We can maintain it such that you can keep pace with storms, rising sea levels, and things that would happen with climate change.”

The test unit in Chelsea Creek is the latest iteration of the project, which was originally developed as the winning entry at the 2018 MIT Climate Changed ideas competition. The research team was later awarded a National Science Foundation grant.

Since then, they've had success figuring out how to arrange the pods to reduce waves in test runs in Oregon, where researchers hit chains of the plant-balls with waves from a simulator. The module in the East Boston is expected to stay in place for several months, and the team is planning to run larger-scale tests of linked pods in the coming year.