Northeast
Piping from the dredging of the Popponesset Channel stretches across the beach. COURTESY JOHN MALLOY 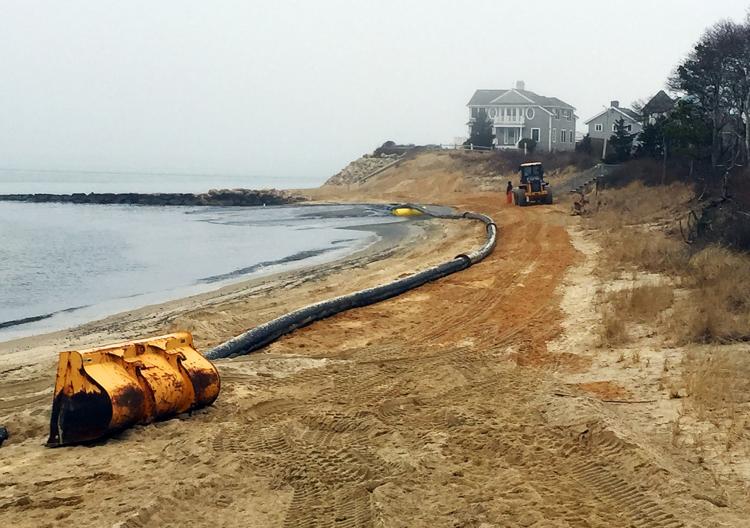 The Popponesset Spit, an important barrier beach that divides Popponesset Bay from Nantucket Sound, will receive thousands of cubic yards of sand from an continuing dredging project, adding to a beach-nourishment project undertaken this past winter.

Efforts to heighten and widen the beach have been underway for years as coastal erosion caused by ocean currents, wind and storms continuously impacts the size and shape of the peninsula.

Michael Oleksak, the president of Save Popponesset Bay, a non-profit which owns approximately two-thirds of the spit, said that “the spit was deemed to be in crisis status in 2014 by our coastal consultants, the Woods Hole Group.”

The nonprofit has since expanded its board, raised funds and constructed a two-phase plan for protecting the spit and the bay it encloses.